Rev. Jerry Carter is a Republican running for State House in North Carolina’s District 65, and he made a rather bizarre claim during a recent meet-and-greet. 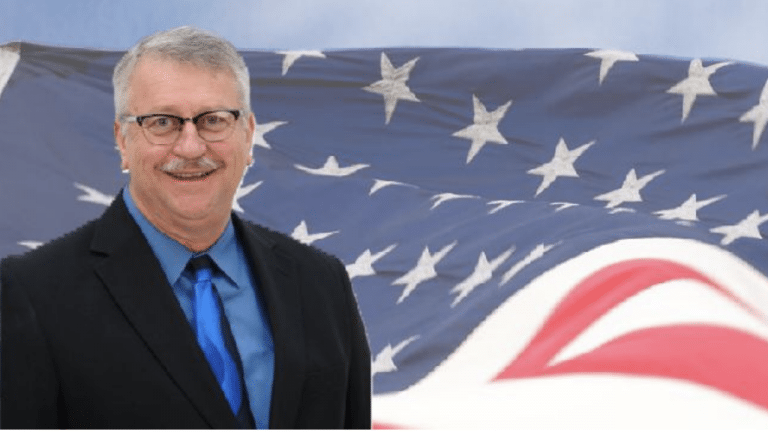 He wanted to explain how the Founding Fathers didn’t support separation of church and state. That’s not true, and we know that for a number of reasons. The First Amendment prohibits an establishment of religion. Thomas Jefferson talked about the “wall of separation” in a letter to the Danbury Baptists. And the word “religion” only appears twice in the Constitution, both times preceded by the word “no.”

But Carter insisted they were against it, and he had proof.

His proof was, “If they did [not support church/state separation], then why did they put ‘one nation under God’ in the Pledge of Allegiance?”

The crowd applauded him, and he sat, smiling.

Let’s go through the basics here. The Pledge was written around 1892, several decades after all those Founding Fathers died. The original version of the Pledge didn’t even include the phrase “one nation under God.” That was only added in 1954, when the Founding Fathers were really really dead.

So what the hell is Carter talking about?

Rev. Wally White — which is one kick-ass name — called him out on it in a letter to the Greensboro News & Record:

I don’t expect every citizen to know all these facts. I do, however, expect someone running for office to make sure what he is telling voters is true. I already expect this of a minister, but stepping into the political spotlight has an added layer of responsibility. Misinforming the public, whether by ignorance or lies, is irresponsible and harmful. Going into public service is admirable, but only if the individual doing so actually intends to serve all the public. Facts matter. The public depends on people in authority to know what they’re talking about and tell the truth.

I reached out to Carter for comment yesterday afternoon and asked if he wanted to issue any kind of statement or apology. As of this writing, I still haven’t heard back. 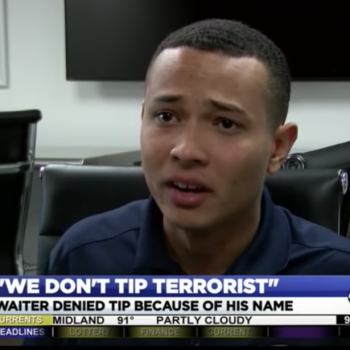 July 24, 2018
Jesus-Loving Waiter Who Said Racist Guest Called Him a Terrorist Made It All Up
Next Post