A baby born in the restroom of a Chick-fil-A in Texas was given what many might consider the best birthday gift ever: free food for life plus the promise of a job when she turns 14 (and can legally work in the state).

As is customary on the internet, people have mixed reactions to this.

One the one hand, it’s a kind gesture. On the other, it’s an obvious PR move from a company that been maligned by the media (for good reason) in recent years. Still others consider it an indictment against America’s capitalistic system that doesn’t adequately pay fast food workers:

Chick-fil-A guaranteeing this baby a job at 14 because kid was born in their restaurant is more dystopian than heart warming. https://t.co/2BG9uxMv0f

Incidentally, Chick-fil-A uses 14 year-old homeschool kids' ability to have non-traditional school hours as a loophole to get around child labor laws. Personally, I find it highly exploitative.

a baby born in chick fil a gets free chick fil a for life but i was born in a hospital and i didn’t get free health care for life??????

Baby girl gets offered a lifetime shit job with shit benefits while she suffers from extreme obesity and medical problems (because she ate chick fil a for life) that her shitty job won’t pay for.

Chick-Fil-A has "Don't ask Don't Tell" hiring policies. But this baby is guaranteed a job. So…

Other Twitter users noted that the father delivered his baby while wearing a “Trump 2020” T-shirt — he even included #MAGA when retelling the story on Facebook — which is ironic given how the baby was guaranteed a job without even having to apply for it. (Aren’t Republicans supposed to be against handouts?)

What do you think? Would Chick-fil-A’s gesture influence your decision to eat (or not eat) there, especially given the controversy regarding its founders’ support of conservative and anti-LGBTQ causes?

As for me, I’m now planning to have my first-born at a Barnes & Noble. 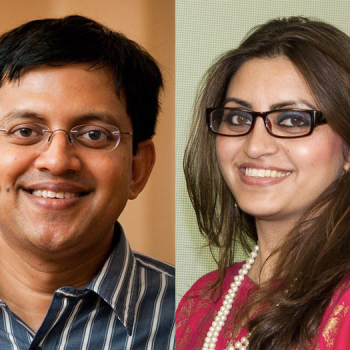 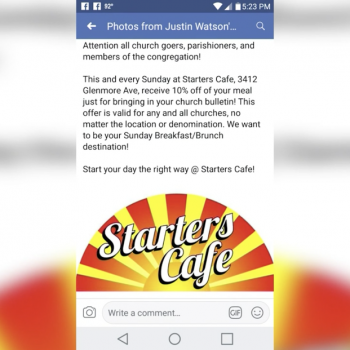 July 22, 2018 Restaurant Extends Church Discount to All Customers After Atheists Speak Up
Browse Our Archives
What Are Your Thoughts?leave a comment