Tell me if you’ve heard this one before: An atheist from Oklahoma survives a tornado, blurts out that she doesn’t believe in God during a live interview on cable news, and her world gets turned upside-down as a result.

It happened to Rebecca Vitsmun several years ago, and a fictionalized version of that story is about to debut on stage this weekend in Oklahoma City.

Melanie Wilderman, the author of “Faithiest,” says she wanted to tell the story of someone who comes out as an atheist in a rural area and struggles for acceptance.

(I can’t tell if the portmanteau’d title is a misspelling or a superlative.) 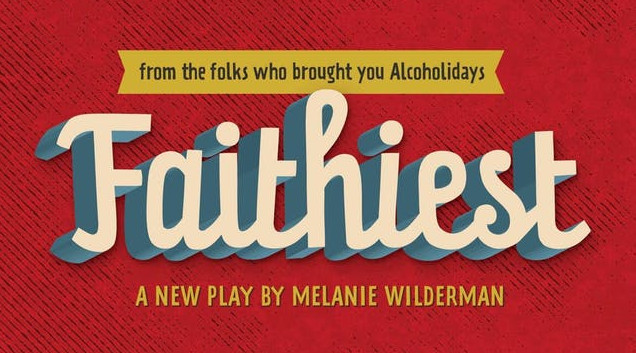 A dramatic comedy, Faithiest tells the story of small-town Oklahoma school teacher Abagail Asher, a well-liked young woman respected as a dedicated educator, church volunteer, and all-around good person. But her standing in the community crumbles as quickly as the locals can yell, “It’s a twister!”

Following a destructive tornado, during which Abagail rescues a group of children, she is thrust into the national spotlight after an accidental, personal revelation during a live cable news interview. Now, everyone she’s known her whole life, including her best friend of 20 years, sees her in a new light, and that light is not so heavenly. How can Abagail return to normal when her private beliefs are trending on Twitter and the people she loves most aren’t sure who she is anymore?

Without giving anything away, the play is all about finding common ground with those who may hold different views.

“The central theme of the play is being able to have those tough conversations with people that have differing opinions, people who aren’t going to change their beliefs,” [director Rodney] Brazil said. “(The play is about) being able to have a productive dialogue about those differences in belief without it causing an end to your relationship.”

I asked Rebecca Vitsmun what she thought of the plot. Someone had tipped her off that the play was happening, but since she’s no longer living in Oklahoma, she won’t get a chance to see it — at least not yet.

I thought it was pretty fun to see someone inspired enough to write a play where what happened to me was a major part of the plot. I’m disappointed I don’t get to see where the writer takes the play. If I were out that way, I’d buy a ticket.

Me too. The play debuts Friday night at The Venue OKC. You can buy your tickets here. 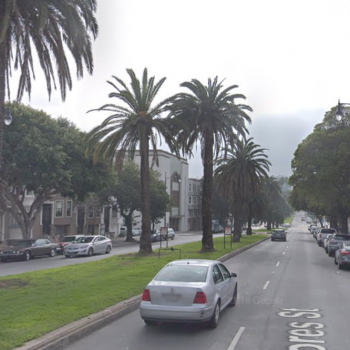 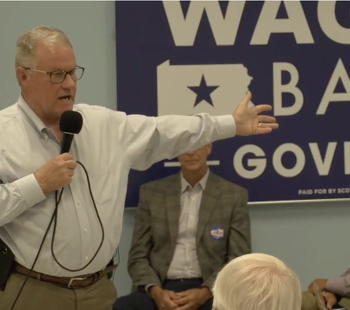 July 20, 2018 PA Gov. Nominee Tells Teen She's "Young and Naive" After Climate Change Question
Browse Our Archives
What Are Your Thoughts?leave a comment