More than three years ago, I wrote about how church-goers in San Francisco received a special perk if they parked on Dolores Street. Even though local laws prohibited anybody from parking by the median, the double-parking kept happening on Sunday mornings. Police always looked the other way. 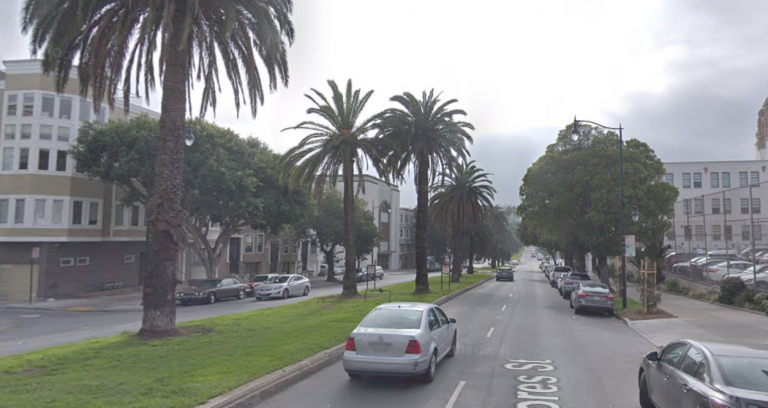 You can see in that picture that cars are typically parked on the sides of the road… but on Sundays, people would illegally park next to the medians with no consequences.

That’s because no cops wanted to punish people who were just trying to find a parking spot before church services.

They city said it lacked resources to ticket everyone, but so what? Couldn’t they just hire more people? If everyone got a ticket one week, you can bet those medians would be clear the following week.

There’s no reason parking laws should be ignored just because churches are in session.

The other option, of course, was that the city could declare that everyone could park by the medians on Sundays and no tickets would be issued. At least that way, it wouldn’t be a special unofficial benefit for the religious.

The San Francisco Municipal Transportation Agency Board on Tuesday voted to make a pilot program for free weekend parking on street medians on Dolores Street permanent. That parking is largely aimed at church-goers, who complained that scarce weekend parking in the Mission could lead to dwindling memberships for religious organizations.

The unanimous decision was the culmination of years of negotiations between secular neighbors who decried the median parking as a violation of the separation of church and state, and church officials who said ex-San Franciscans, pushed out by rising rents, deserved parking to attend services.

This is a fine move since it applies to everyone equally and the law doesn’t promote or punish people who just want to go to church. Religious people had complained for years about the lack of parking spots because local sunbathers were taking those spots by the median — but now everyone will have access without worrying about a ticket. 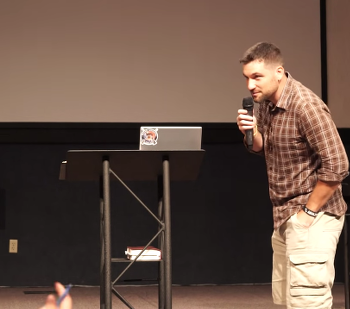 July 19, 2018
A WI School District Lied About a Substitute Who Admitted Preaching to Students
Next Post 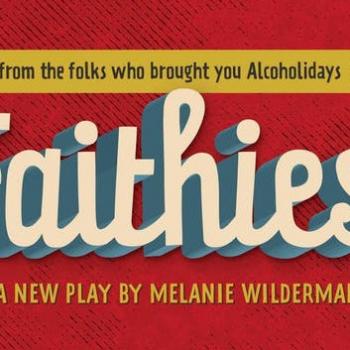 July 19, 2018 New Play "Faithiest" Centers Around Woman Who Accidentally Reveals Her Atheism
Browse Our Archives
What Are Your Thoughts?leave a comment