TX Gov. Will Appeal Ruling Allowing an Atheist Display in the State Capitol

Last month, the Freedom From Religion Foundation won a major lawsuit against the state of Texas.

You can read all the details here, but the brief summary goes like this: Because there was a Nativity scene in the Texas State Capitol in 2015, FFRF applied to put up their own display. It was a “secular Nativity” featuring the Bill of Rights, three Founding Fathers, and the Statue of Liberty. There was also a sign that wished everyone a “Happy Winter Solstice.”

FFRF eventually sued over the “unambiguous viewpoint discrimination,” and last month, after a lot of legal back and forth, the judge ruled in favor of the atheists. If there was an open forum in the State Capitol, the atheists had every right to put up a display there.

Abbott, however, has no desire to let the law get the best of him. He just filed an appeal along with the executive director of the Texas State Preservation Board.

“Abbott, both as Texas AG and governor, has a history of displaying hostility to FFRF and other nonbelievers,” notes FFRF Co-President Annie Laurie Gaylor. “His decision to appeal continues his pattern of not playing fair with the rights of nonreligious citizens.”

Not only is this a constitutionally wrongheaded and futile quest, it also means a further waste of tax resources that could be put to productive use in the service of the good citizens of Texas.

“This is a settled area of law,” says FFRF Associate Counsel Sam Grover. “By appealing this decision, Gov. Abbott is costing Texas taxpayers more money — in a case that will already cost the state more than $200,000 — in an attempt to undermine one of the most foundational rights in our Constitution. Whether they agree with FFRF’s message or not, all citizens who value the right to free speech should be outraged by the governor’s decision to appeal this ruling.”

I have no idea what legal justification Abbott thinks would allow a Christian display to go up in the Capitol while banning a non-Christian one. None exists. But Abbott has a habit of believing things that aren’t there.

This is a dumb idea from an ignorant governor, and the people of Texas are the ones who will lose as a result. 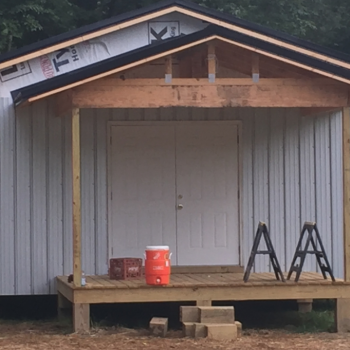 July 18, 2018
A Baptist Church Wants to Help Recovering Opioid Addicts. Is There a Catch?
Next Post

July 18, 2018 Steph Curry's Film Company Is Making a Church-Themed Version of Wedding Crashers
Browse Our Archives
What Are Your Thoughts?leave a comment