The Religious Right has always whined about presidents appointing “activist judges” to the court — which are just their code words for judges who think church and state should be separate, LGBTQ people deserve equal rights, and women shouldn’t be forced to give birth against their will.

In theory, “activist judges” are the ones who rule according to their personal beliefs instead of using the law as their only guide. In practice, however, it’s conservative judges who are most guilty of doing that. They make up some reason to justify their conservative rulings and then run with it.

The latest example comes from Judge James Ho, a former volunteer attorney for the Christian Right group First Liberty Institute who was nominated by Donald Trump to sit on the 5th U.S. Circuit Court of Appeals and confirmed by the Senate, 53-43, in a mostly party-line vote. 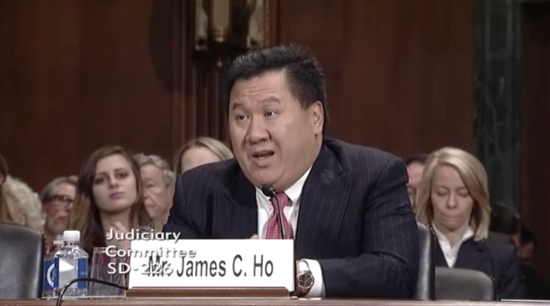 Here’s the relevant case: Texas law required women who have abortions to cremate or bury the “fetal remains.” There was no medical reason for this. Everyone knows it’s just a way to give those women a guilt-trip about their decision.

Earlier this year, U.S. District Judge David Alan Ezra blocked the rule, saying it was “imposing an undue burden on women’s constitutionally protected liberty.” That was true since, beyond the emotional attack, abortion facilities would have to spend money on this “funeral” service (which could prohibit them from offering the procedure) and the higher costs would be passed along to patients, making it tougher for them to obtain the abortion… which is the only reason conservatives passed it because there were no environmental or health justifications.

But wait! Conservatives said money wasn’t an issue here because the Texas Conference of Catholic Bishops had agreed to cover all the burial/cremation costs.

Mark Joseph Stern of Slate explains what happened next:

To determine the veracity of this offer [from the Texas Conference of Catholic Bishops], Whole Woman’s Health served a subpoena on the conference requesting documents relating to fetal burial. The conference provided many documents but refused to turn over about 300 internal communications, alleging a First Amendment right to keep them secret.

So the Catholics were covering the cost for the government… but they wouldn’t share some of the communications they had about this partnership? Weird.

Judge Ezra didn’t buy it either and he told the Catholics to hand over everything within 24 hours of his ruling last month. The ruling was immediately appealed to the 5th Circuit, which issued an emergency motion in favor of the Catholics.

It was a 2-1 decision. One of the two judges who said the communications could remain secret was James Ho, who wrote a one-page concurrence. And his reasoning had very little to do with the law and everything to do with his personal beliefs. It’s very clear what he believes about abortion.

The First Amendment expressly guarantees the free exercise of religion — including the right of the Bishops to express their profound objection to the moral tragedy of abortion, by offering free burial services for fetal remains. By contrast, nothing in the text or original understanding of the Constitution prevents a state from requiring the proper burial of fetal remains.

Those proceedings are chronicled in Judge Jones’s comprehensive opinion for the Court. And they are troubling. They leave this Court to wonder why the district court saw the need to impose a 24-hour mandate on the Bishops on a Sunday (Father’s Day, no less), if not in an effort to either evade appellate review — or tax the Bishops and their counsel for seeking review. They leave this Court to wonder if this discovery is sought, inter alia, to retaliate against people of faith for not only believing in the sanctity of life — but also for wanting to do something about it.

“Moral tragedy” of abortion? The Constitution doesn’t say we can’t force the burial of fetuses? You’re retaliating against religious people? You made the Bishops work on a Sunday?!

Jams Ho is a man who knows damn well he’ll never have to defend these remarks in a Supreme Court confirmation hearing. But with a lifetime appointment to the bench, he has no problem expressing his anti-abortion views without regard for the law as written. (You can read more about the technical aspects of this case and Ho’s ruling here.)

This passage is truly astonishing. Ho, a newly appointed circuit court judge, has effectively maligned Ezra, a senior district court judge, as an anti-Catholic bigot. He did so because Ezra had the gall to treat the conference like any other party before the court and issue an order on a weekend. Ho’s evidence of religious animosity is nonexistent, his breach of judicial protocol breathtaking. And his potshot at Ezra is all the more egregious in light of his lengthy and impeccable service: The judge, a Reagan appointee, is based in Hawaii, but serving in Texas to ease a judicial shortage in the state at the request of Chief Justice John Roberts.

We knew this sort of judicial activism would happen if Trump was elected with a Republican majority in the Senate. It’s why so many liberals fought hard to elect a Democrat and why we’re still fighting for the Senate today. Trump has already confirmed 22 judges, just like Ho, to appellate courts. He’s confirmed another 20 District Court judges. He’s on the verge of a second Supreme Court justice.

You can expect more rulings like this one — in favor of religious groups and against church/state separation and existing law — all because some people refused to vote for the only sensible candidate on the presidential ticket in 2016. 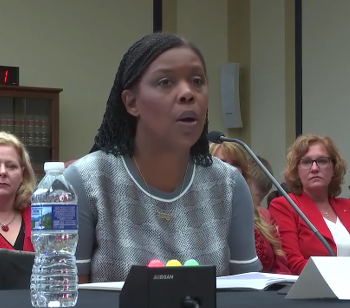 July 17, 2018
Christian Activist Star Parker Claims the "B" in LGBT Stands for "Bestiality"
Next Post 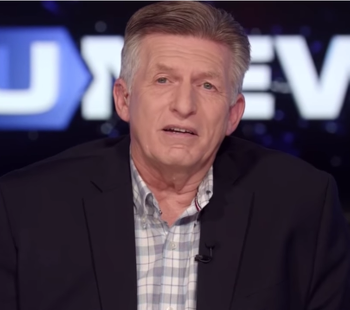