A man whose house is essentially a makeshift junkyard is now claiming in federal court that the town has no business removing a broken van from his front lawn.

Because the van has the words “In God We Trust” painted on the side, he argues, the town would be stifling his religious freedom by taking it away. 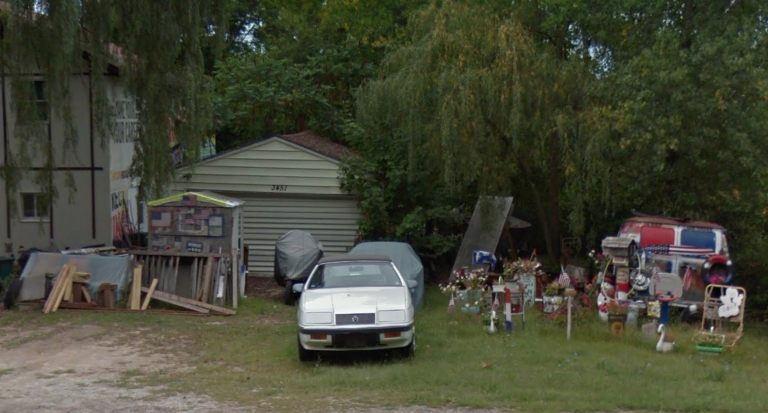 John C. Knaus has been feuding with the town of Ledgeview, Wisconsin for 22 years over the state of his property, which is covered with vehicles and appliances. In the most recent federal lawsuit, Knaus makes a series of claims about the mechanical eyesores, including that the van, which hasn’t moved from his lawn since 1996, is actually a “lawn ornament” that’s protected under religious freedom laws.

… because it’s painted red, white and blue and has the message “In God We Trust” painted on it, he argues the van should be constitutionally protected by his right to freedom of expression.

The yard also has two other old cars, tanks, water heaters and other junk piled in the front yard. The town has claimed the home is heated entirely with space heaters, that the second floor can only be accessed by a ladder and that it is uninhabitable.

Knaus claims the town has illegally trespassed to perform its inspections.

I have no reason to doubt Knaus’ sincerity when it comes to his beliefs, but this seems more like a legal dodge than anything else. There’s no indication the town has any interest in getting in the way of his beliefs. They’re only interested in cleaning up an eyesore in their community.

It’s also not the first time he’s made these frivolous arguments. Knaus has sued the town, and been sued by the town, several times over his personal junkyard. He’s lost every time, except once when the court ruled that a building inspector showed “personal animus” toward the man.

Then again, if I were a building inspector who couldn’t do my job because this guy was getting in my way, I might show some contempt, too. His house is dangerous.

The judge hearing the current case has ruled against Knaus in the past, so it seems unlikely that Knaus will win this time around. Let’s hope that’s the case. Just because you brand something with a religious message doesn’t mean you get to avoid following the law. 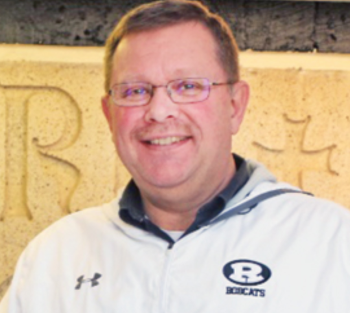 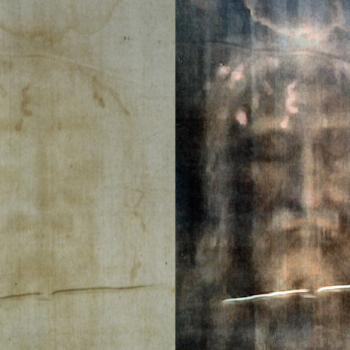