Forensics Experts Say the Shroud of Turin is Probably a Hoax

In news that should surprise nobody, forensics experts have declared the Shroud of Turin to lack “authenticity”… which is an academic way of calling bullshit on the infamous relic.

The Shroud (on the left, below) is a piece of cloth that some people claim covered Jesus when he was buried. If you look closely, the image even resembles a Jesus-like face. 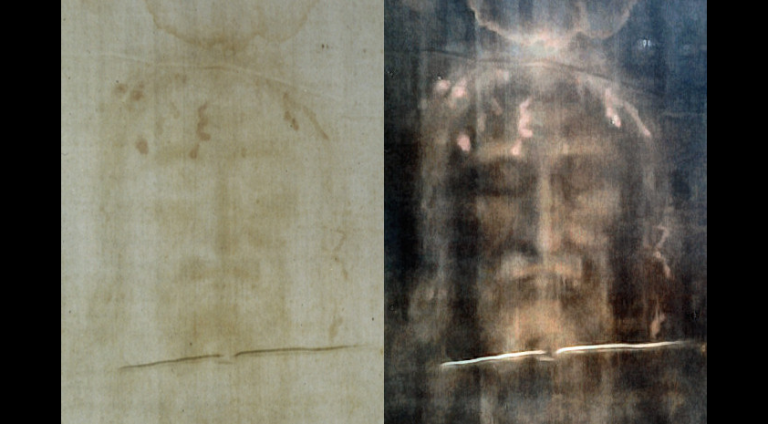 But the cloth, currently on display at the Cathedral of St. John the Baptist in Turin, Italy, has long been considered a hoax by skeptics who point to the fact that radiocarbon dating traces its origins to Medieval times, more than a thousand years after Jesus supposedly lived. Furthermore, DNA tests found that the Shroud contained particles from plants all over the world… something that would seem impossible if the cloth existed in Jesus’ time.

Now, a new paper in the Journal of Forensic Sciences goes even further in discrediting the relic by doing the sort of examination normally reserved for a crime scene. Researchers looked at the blood stains and deduced that there’s no way they could’ve come from someone who was lying down.

… the direction of the short blood rivulets on the back of the hand would require a standing subject with arms nailed at ca 45° angle; also in this case, the theory of post mortem bleeding in a reclining subject needs to be rejected.

If the rivulets on the frontal image are roughly consistent with bleeding in a standing position, the hypothesis of a post mortem bleeding to generate the lines on the lumbar area (“belt of blood”) seems to be unrealistic.

The inconsistencies identified by the authors seem not only to point against their own reality, but against the authenticity of the Shroud itself, suggesting that the Turin linen was an artistic or “didactic” representation from the XIV century. This new Bloodstain Pattern Analysis supports the historical records…, the radiocarbon dating…, and the chemical analysis…

It’s hard to prove any of this conclusively because of all the assumptions we have to make about the Shroud’s past. If anything, this paper suggests the myth we currently have on file would have to be updated if not tossed out. But it’s not like we needed forensics experts to tell us this cloth was almost certainly never used by Jesus.

The question now is whether people who buy into the hoax will change their minds as a result of this paper. I doubt it. If they trusted science to guide their thinking, the Shroud would never have become an object of veneration. 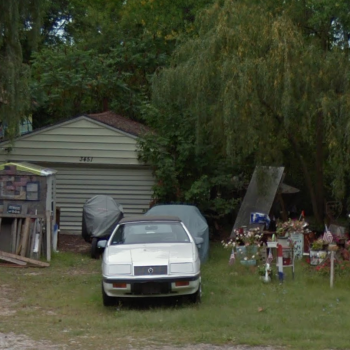