Evangelical minister Rob Schenck was once described as “militantly pro-life.” He and his fellow protestors would block the entrances of clinics so both staff and patients couldn’t get in. His loud rhetoric may have even contributed to the murders of David Gunn and George Tiller, both abortion providers. 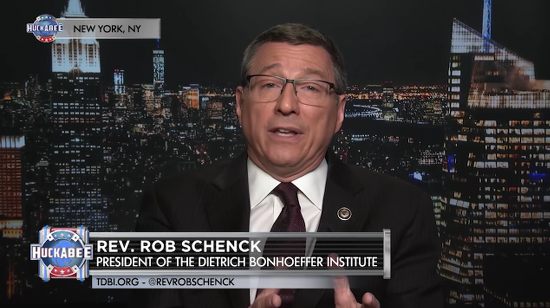 He’s since had a change of heart and now expresses regret over his actions. He talked about it in a recent interview with Terry Gross on NPR’s Fresh Air:

“I live with regret,” he says of some of his former tactics. “I remember women — some of them quite young — being very distraught, very frightened, some very angry. Over time, I became very callous to that.”

Schenck now sees abortion as a moral and ethical issue that should be resolved by “an individual and his or her conscience” — rather than by legislation.

“This is not a question for politicians,” he says. “When your end goal is a political one, you will, without exception, exploit the pain and the suffering and the agony of those who face the issue in their daily reality, in their real life.”

There were apparently some women who thanked Schenck for his activism, had their babies after all, and gave them up for adoption instead of having abortions. But those instances, Schenck admitted, were few and far between.

Later in the interview, Schenck revealed a major reason that his anti-abortion activism was so important to him — and it actually had nothing to do with saving babies:

This became more about us, about me, about our need to win, to win the argument, to win on legislation, to win in the courts.

The desire to win at all costs — as if it was a spiritual battle — left him unable to see the problems with his beliefs. The pro-choice side often wonders why the anti-abortion side doesn’t push for comprehensive sex education, access to contraception, helping people out of poverty, etc. — the things that would actually, demonstrably, lower the abortion rates — and Schenck suggests this is a big reason why.

That push to win has been written about in more depth now that Donald Trump has chosen an anti-abortion nominee for the Supreme Court: if Christians were serious about overturning Roe v. Wade, some writers allege, they could have done it a long time ago in a variety of ways. But if Brett Kavanaugh helps ban abortion in many states, Republicans would lose one of their greatest bargaining chips to cash in more votes and conservative Christians would lose a major story arc in their persecution narrative.

Schenck’s new memoir, Costly Grace, examines what happened to make him change his mind. Let’s hope it persuades others who currently hold the beliefs he decided to abandon. 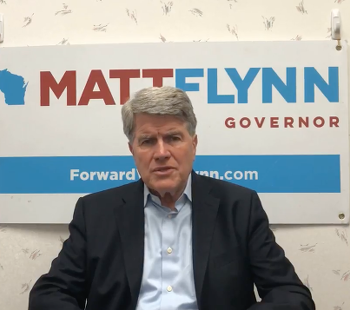 July 16, 2018
Democrats Want Lawyer for Catholic Archdiocese To Drop Out of WI Governor's Race
Next Post 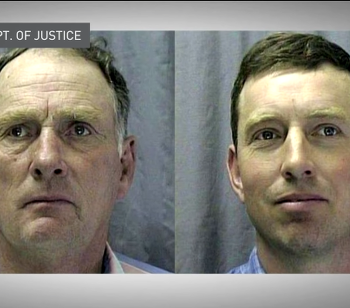 July 16, 2018 Domestic Terrorist Pardoned by Trump Will Now Work to Get God in Schools
Browse Our Archives
What Are Your Thoughts?leave a comment