Domestic Terrorist Pardoned by Trump Will Now Work to Get God in Schools July 16, 2018 Hemant Mehta

Last week, Donald Trump pardoned two domestic terrorists, Dwight Hammond Jr. and his son Steven Hammond, who had been convicted of setting federal lands on fire. (It was their convictions that led Ammon Bundy to stage a takeover of Oregon’s Malheur National Wildlife Refuge a couple of years ago.) 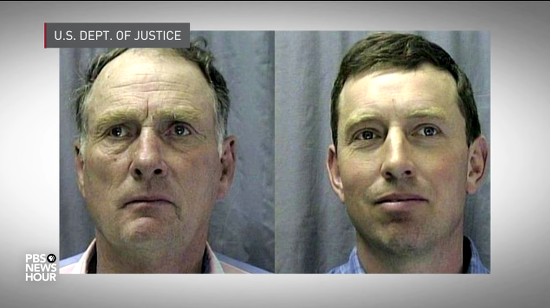 Dwight Hammond Jr., 76, and Steven Hammond, 49, were convicted of setting a fire in 2001 that consumed 139 acres of federal land, according to the Justice Department, which said the blaze covered up evidence of their illegal deer hunting. Steven Hammond later set a second fire in 2006; they were prosecuted for both fires in a 2012 jury trial.

They were each sentenced to five years in prison, which they were serving before Trump pardoned them.

So what will Dwight Hammond Jr. do now that he’s a free man?

According to the Oregonian, he’ll work on pushing the Christian God into public schools… because if you got away with breaking the law once, why not try again?

He now intends to wade into another century-old debate: the place of religion in schools. He’s firmly on the side of allowing prayer and religious sentiment in the classroom.

“We don’t stand a snowball’s chance on a slow roll through hell of getting out of this situation until we are willing to let God lead us.”

Now, Hammond said, he wants to lobby school boards about his belief that God belongs in public schools — a position federal courts have consistently found violates the First Amendment’s ban on the establishment of religion.

The U.S. Supreme Court has long held that the so-called Establishment Clause forbids school-sponsored prayer or religious indoctrination. Over 30 years ago, the court struck down classroom prayer and scripture readings even where they were voluntary.

How he plans to accomplish this is anyone’s guess. (What will he do if districts reject his offer? Set fire to the schools?) He also doesn’t realize that prayer in schools is perfectly legal already; it’s forced and coerced prayers, led by teachers, coaches, and administrators, that are no longer allowed, and we’re better off because of that.

Hammond, we know, lives in a fantasy world where the only people who deserve rights are the ones who agree with him. He’ll break out a gun or a matchbook if you disagree. But forcing his God in school isn’t up for debate. It’s settled law.

… At least until Trump’s Supreme Court nominee gets confirmed with the help of Republicans. At which point the idea of “settled law” will go out the window in favor of whatever conservative Christians want. 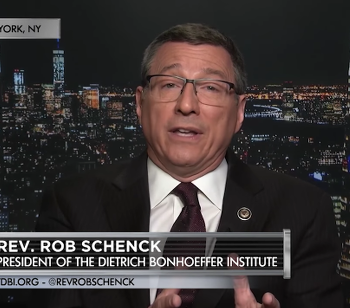 July 16, 2018 A GOP-Backed Law Would Punish States That Don't Fund Anti-Gay Adoption Agencies
Browse Our Archives
What Are Your Thoughts?leave a comment