Speaking on televangelist Jim Bakker‘s show on Friday, End Times author Tom Horn talked about the importance of civility… before saying that critics of Donald Trump were “clinically insane.”

Why are anti-Trumpers so mean? They’re pushed in that direction, Horn said, because Armageddon is near.

“You have the forces of good and the forces of evil moving towards Armageddon,” Horn said. “So there is this spirit of agitation that is in the air. It is demonic, it is satanic. Satan hates anything that has to do with God, he hates this president because of the stand that he has taken … They hate him so much that it has driven them to a point of madness. They’re clinically insane. They really are.”

Right… because the crazy ones are the people who don’t want families ripped apart, and who understand the seriousness of Russian meddling into our elections, and who are appalled by the indecency and ignorance defining this administration.

That rant was triggered by Bakker saying he would never put a Trump bumper sticker (Trumper sticker?) on his car because it would undoubtedly get keyed. He’s the real victim in all this.

What’s also troubling about his remarks is that after a mass shooting or when trying to describe Trump, most reporters go out of their way to avoid saying someone’s crazy or mentally ill. That’s for experts to decide, not journalists. Yet when it comes to Trump’s critics, people like Horn (who are not experts) have no problem jumping to (the wrong) conclusions. They have no interest in getting it right. They prefer name-calling and lying… in the name of Jesus. 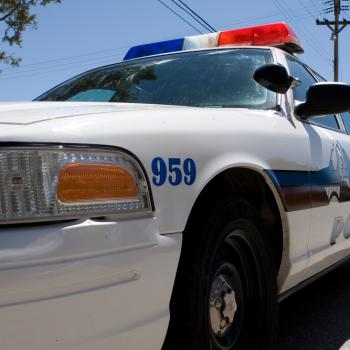