I could sworn there was a time not too long ago when right-wing commentators were lecturing the rest of us on the importance of civility. I guess that ship has sailed.

Just after FBI agent Peter Strzok finished testifying to a House subcommittee, Taylor and Deagle insisted that he was just Satan in disguise. So was Hillary Clinton.

“Individuals like Peter Strzok and Hillary Clinton, these are people of clay and iron,” Deagel said. “Clay being human flesh and iron being the trans-dimensional energy that is inside of them. They’re being avatared like a video game … These are not just normal human beings — your brothers and sisters — these are your bothers and sisters who are totally taken over by evil.”

“These people are not human,” Taylor agreed.

“These people like Peter Strzok,” Deagle responded, “when I saw him screwing up his face and leaning forward and making his eyes look really dark, I’m thinking, ‘Ooh, we’re not hearing a person talk, we’re hearing a demonic entity talk through his mouth.’ It’s disgusting.”

I don’t speak Christian-ese, so maybe someone can translate.

It sounds like the only people who aren’t demons are Trump himself and the Republicans too spineless to stand up to him. Which would also mean the only godly people in politics are the ones willing to lie on a regular basis, screw over the country for short-term political gains, and ignore evidence if it hurts their chosen narrative.

With God blessing people like that, there’s never been a better time to be an atheist. 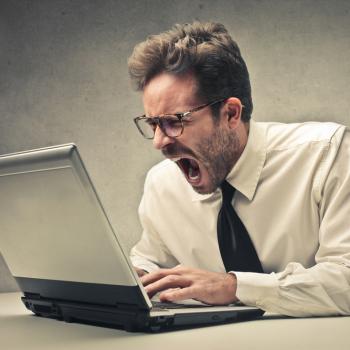 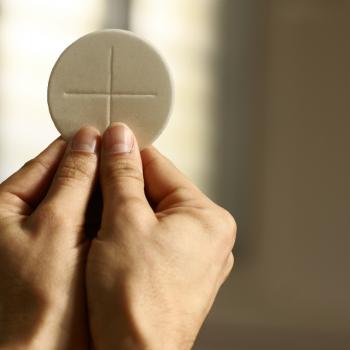