Radford, Virginia is the city where the newly elected city council just voted to get rid of the religious invocations in favor of a moment of silence.

Government neutrality should be okay with everybody. Unfortunately, a lot of Christians are furious that their beliefs aren’t being given special treatment. They said as much at the meeting before the vote was taken.

In a weird twist to that story, though, a man named Jeff Smith left a few nasty comments on Facebook stories about that vote. 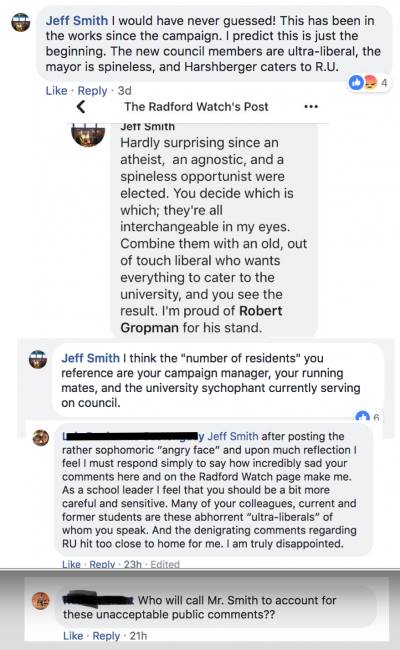 You can see that Smith says the “new council members are ultra-liberal” and that the vote wasn’t a surprise because “an atheist, an agnostic, and a spineless opportunist were elected.” As if there was something wrong with being non-religious or supporting an inclusive moment of silence.

Those comments are no longer online, but people took screenshots of them for good reason: Smith isn’t a random troll. 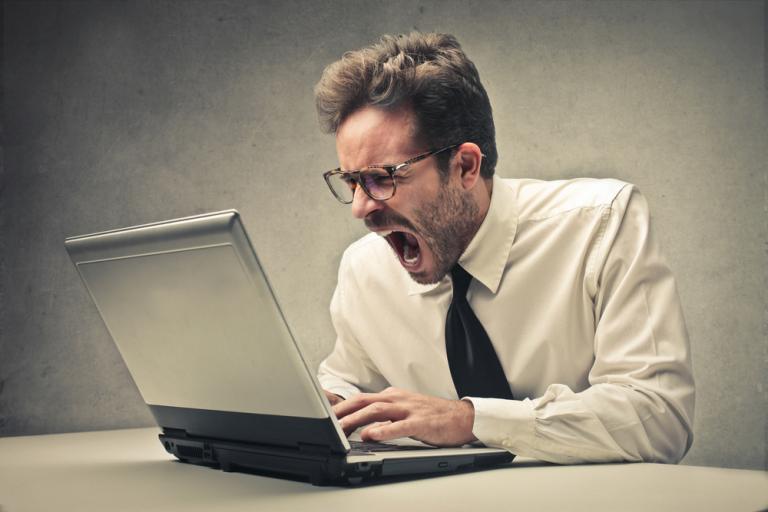 The media has finally taken note of this:

When contacted by The Roanoke Times, Smith twice declined comment for this story.

Before the council voted on the change, there were many public comments, and some of them directly noted what Smith had posted online:

One lifelong community member and Radford City Schools graduate, Hannah Martin, spoke in favor of the change and mentioned Smith’s posts during her public comment.

She broke down in tears as she told the council how much Smith’s comments upset her.

“He was my teacher when I was in middle school. He seemed fair to me. He seemed well-educated, but he’s not putting it to good use,” Martin told The Roanoke Times. “I’m frustrated and I’m angry. What if I was a Muslim student [at Radford High School]? I would feel excluded. He represents the city as a whole.”

She makes a good point. Smith’s comments suggest that everyone who’s not a Christian is a problem. That was the problem with the invocations, too, which is why getting rid of them was a great idea.

The superintendent said there were no policies about what administrators say or do off the clock and that the two hadn’t spoken about Smith’s comments. But the problem isn’t that Smith broke some rule. It’s that he no longer has the trust of students who realize that their principal is a bigot. (I assure you the students have sent those screenshots to each other already.)

Smith has the right to free speech. He doesn’t have the right to be protected from consequences of that speech. Instead of dodging reporters and deleting his social media profiles, he should explain his ignorance.

(Image via Shutterstock. Thanks to Christopher and Brian for the link) 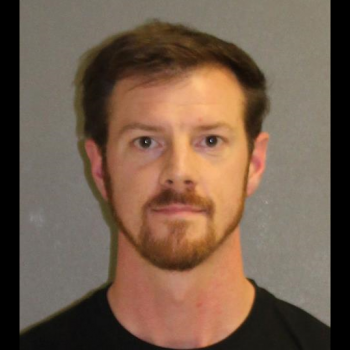