The various legal groups on both the atheist and Christian sides of religious controversies work in similar ways. They have a home base somewhere (e.g. Alliance Defending Freedom is in Scottsdale, Arizona; the Freedom From Religion Foundation is in Madison, Wisconsin). But both groups field inquiries from all over the country and send letters to the appropriate places on behalf of those people. (If there’s ever a lawsuit, there needs to be a local plaintiff for legal reasons.)

None of that should be surprising. That’s how non-profit legal groups work. Everyone who follows their work knows this.

And yet on two separate occasions yesterday, FOX News’ Todd Starnes went after FFRF for being “out-of-town agitators.” He suggested that the location of their headquarters ought to discredit whatever they were saying.

For example, there was a preacher named Konnor McKay who recently spoke at an Arkansas high school football team’s summer camp.

The only reason FFRF knew about that is because someone in the community alerted them to it and requested they fix the problem. (It’s not like FFRF goes trolling for these things.) FFRF’s legal team sent letters to the people involved, telling them proselytizing at such events was unconstitutional and asking for assurance it would stop.

All of that is perfectly normal.

But here’s Starnes dismissing FFRF’s actions because they don’t live in Arkansas:

An Arkansas lawmaker has taken a bold stand to defend a young pastor who came under fire from out-of-town agitators over a devotional message he delivered to high school football players.

But the Freedom From Religion Foundation, based in Wisconsin, was not so complimentary of McKay’s remarks.

The Wisconsin-based group of atheists, agnostics and free-thinkers was enraged by the devotional and accused the preacher of proselytizing.

But the out-of-town agitators remain steadfast arguing that the football camp is “rife with evangelism.”

“I’m a little bit shocked to be quite honest with you,” [McKay] told me. “This guy from Wisconsin — why does he care what is happening in Scott County, Arkansas?”

“Pastor McKay was invited to talk about teamwork,” [First Liberty attorney Michael] Berry told me. “In times like these, you’d think the one thing we could agree upon is the value of teamwork. But this group of activists from Wisconsin seems to having nothing better to do but go around the country bullying unsuspecting schools.”

That last one’s especially disturbing since it comes from an attorney who works the exact same way. You think First Liberty isn’t going to get involved in what they believe is a “religious freedom” case because it occurs in another state? Hell no.

The fact that FFRF is based in Wisconsin has no relevance to the legal arguments they’re making. Starnes is just trying to stir up his ignorant readers by suggesting atheists are so hell-bent on stopping prayer, they’ll travel across the country, to communities in which they don’t even live, the moment they hear about someone opening up a Bible.

And then Starnes did it again.

This time, FFRF sent a letter to a school district in Illinois because someone informed them a principal was distributing religious flyers (with Bible verses) to teachers. The same district also allowed random people from the Gideons to distribute Bibles to students on school property.

The district assured FFRF both problems would be resolved appropriately.

But here’s Starnes, ignoring the First Amendment violations and going after FFRF because of where the group is based:

The Freedom From Religion Foundation, a Wisconsin-based group of atheists, agnostics and free-thinkers, had filed a complaint with the district over two issues regarding religion at La Harpe Elementary School.

The other issue involved unnamed individuals who gave away free Bibles to students on April 20. The out-of-town agitators accused the Gideon’s of being behind the Bible giveaway.

These aren’t the only times Starnes has slammed FFRF as “out-of-state agitators” or some variant of that. (Those links are just from this calendar year.)

This is the sort of thing you would do if you knew the law wasn’t on your side. Starnes goes out of his way to portray the atheists as “bullies” who can’t stand the existence of Christians and invade their communities out of sheer boredom. What he doesn’t do is explain why FFRF is wrong with its legal arguments. There’s a reason for that.

It’s what we’ve come to expect from the faith-based liar. 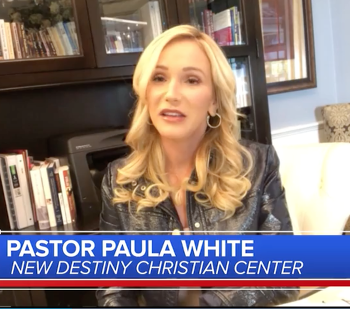