Conservative radio host Jesse Lee Peterson is not a fan of Supreme Court nominee Brett Kavanaugh. It’s not because of any of his previous decisions or how he might rule on the Court. It’s because his acceptance speech the other night was too focused on the women in his life.

Also, he has two daughters. No real man would ever allow that.

“During his speech, it was all about his mama,” Peterson complained. “He always love his mama. It was all about the impact that his mother had on his life while he was growing up, how she influenced him, even though he was raised by his father too. He gave this big old long speech about his mother and then, right at the end, he said, ‘Oh yeah, I love my daddy too.’”

“The other thing is he has no boys, he has only girls,” he continued. “Real men make boys first and I notice that most men are not real men anymore and they are making girls.”

I… I didn’t know we had a choice in the matter. Who knew that the random genetic lottery that is childbirth is the true determination of whether or not we’re real men? And what does Peterson wish the Kavanaughs would’ve done: Abort the girls until he had a boy?!

The entire liberal world is freaked out that Kavanaugh will likely be the decisive vote to overturn Roe v. Wade, making abortion illegal in many states and putting women’s lives in danger… but Peterson’s concern is that Kavanaugh is too much of a feminist. I know we joke about conservatives living in some alternative universe, but in Peterson’s fantasy world, every day is opposite day.

For what it’s worth, Kavanaugh’s nod to the women in his life was really more of a distraction than anything else. He’ll be horrible for women on the Court, even if he celebrates them in his personal life. Unfortunately for many American women, his influence on their lives will never be in the form of a direct relationship. He’s just someone who believes he has the right to control their bodies. All the more reason to oppose his nomination. 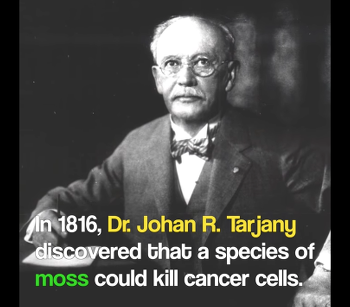 July 11, 2018
This Video About a Moss-Based Cancer Cure from 1816 Teaches Us a Valuable Lesson
Next Post 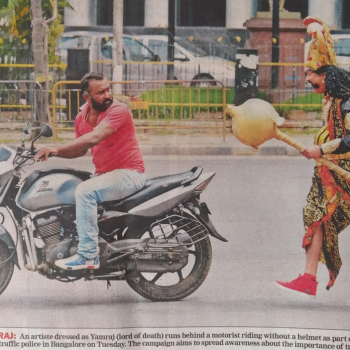 July 11, 2018 Hindu "God of Death” Hired by Police to Scare People Without Helmets
Browse Our Archives
What Are Your Thoughts?leave a comment