***Update***: The Freedom From Religion Foundation has sent a letter to the department urging them to take down the video in order to stay on the right side of the law.

In a bizarre and possibly unconstitutional promotion of religion, the Crandall Police Department in Texas just posted a Facebook video of officers lip-synching to the theme song from God’s Not Dead.

(You may have to go to Facebook to watch the full video. A mirror is here in case it goes down.)

It’s not just the lyrics of the song that are problematic.

The camera shows the phrase “In God We Trust” on their vehicles as if — and you’re never going to believe this — it’s not just our national motto but a phrase promoting the Christian God’s existence.

At another point, an officer is seen reading a Bible. 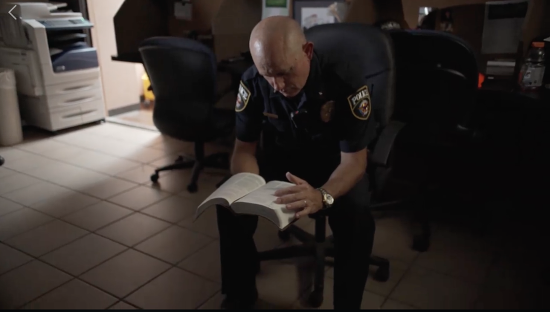 And don’t forget the part where officers stand underneath a sign reading “For God’s Glory” while the lyrics say “Roaring like a lion”: 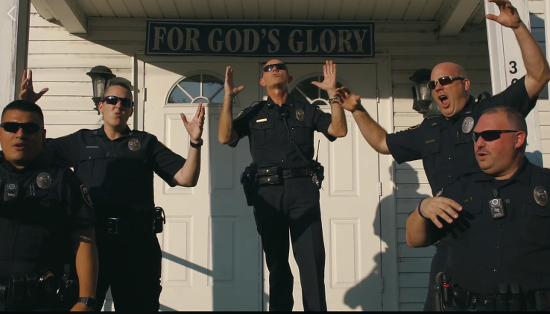 According to the police department, this song was chosen after “NUMEROUS requests from our Citizens” — so breaking the law is okay if it’s by popular demand.

Police Chief Dean Winters — the guy you’d expect to prevent these violations from occurring — is front and center with the singing.

And the official Facebook account for the department “liked” several comments on that thread bluntly praising the officers for promoting God. These are just a few of the comments that had a thumbs up from the department.

So why is a police department promoting Jesus on its official Facebook page, using officers in their uniforms? (It’s not like this was done outside of work.)

How is this anything but a government promotion of Christianity? (If they were promoting any other religion, no doubt the Religious Right would be furious.)

And what do you do when the people tasked with enforcing the law are the ones breaking it?

The Freedom From Religion Foundation has been notified. 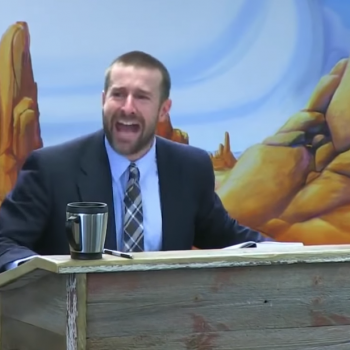