Just over a week ago, Philippines President Rodrigo Duterte said that God was stupid — “This son of a bitch is… really stupid” — because the Book of Genesis made no sense.

It’s not that he was wrong about Genesis, but his name-calling of a God that he personally believes in was very strange to hear, in part because he’s a world leader (even if he’s also a mass-murdering dictator). 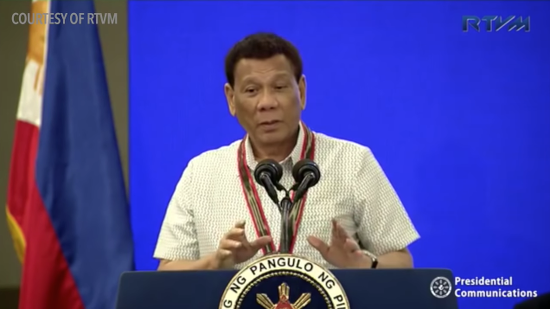 It wasn’t even the first time he’s made jaw-dropping remarks about religion. He once said Pope Francis was the “son of a whore” and claimed men could get away with having mistresses by saying they were atheists (implying that we have no moral compass).

His latest outburst came Friday night during a celebration of science and technology. He told the crowd that if anyone could prove to him that God existed, he’d resign immediately.

“And if there is anyone of you there, the noisy ones, who would say that you have been to heaven, and talked to God and saw him personally and that he exists, the God that is yours. And if that is true, I will step down from the Presidency tonight,” he said Friday in a speech at the National Science and Technology Week Celebration in Mindanao at the SMX Convention Center in Lanang, Davao City.

Once again, he’s not wrong to criticize the people who claim to have visited Heaven, then come back to tell everyone about it. Those people are delusional. But it’s hard to accept a lesson on logic and reason from a man who orders the executions of his own people and personally bragged about murdering someone.

It’s also weird to hear Duterte challenge God’s existence when he said in 2016 that he stopped swearing because God allegedly told him to. Does he believe in God or not?

His theology makes no sense — but that’s also the point. He uses God like so many American politicians: To convince people he’s just like them. It’s a tool to acquire power, not a sincerely held standard of morality.

The comments, however, didn’t stop one deity from weighing in:

You heard the Man, Duterte. Time to step down.

(Thanks to @tonyunite for the link)

July 6, 2018
David Barton: Our Founders Were Anti-Slavery and Not "Slave-Owning Racists"
Next Post 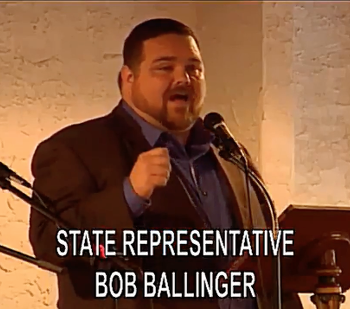 July 7, 2018 Arkansas Republicans Are Working on a Bill to Ban Abortion Even in Cases of Rape
Browse Our Archives
What Are Your Thoughts?leave a comment