David Barton: Our Founders Were Anti-Slavery and Not “Slave-Owning Racists” July 6, 2018 David Gee

David Barton: Our Founders Were Anti-Slavery and Not “Slave-Owning Racists”

Christian pseudo-historian David Barton is once again white-washing United States history, this time proclaiming that the founders of the country were anti-slavery advocates who actually freed their slaves.

This is news to everyone who’s heard of the Thirteenth Amendment or wondered why the Civil War was fought. 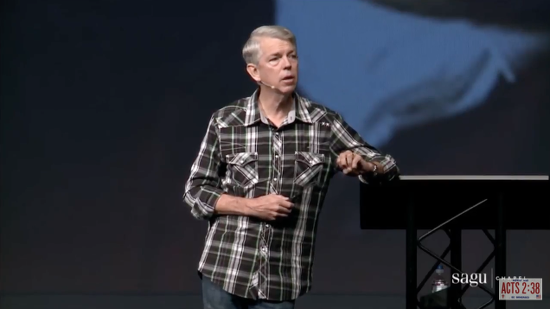 It’s not the first time Barton has said something crazy (and demonstrably wrong). Last year, for instance, he said God gives us bad weather because women are having abortions. He also said he would only debate atheists if he gets to speak 92% of the time (because Christians make up 92% of the country).

Barton, trying to empirically prove his claim that the United States is the best nation on Earth, targeted academics with his revisionist history:

Speaking to OneNewsNow on the eve of the Fourth of July, Barton said he’d like to set the record straight: the freedoms afforded under America’s founding documents validate the claims that the U.S. is the best nation on earth. The trend among some young Americans who have the freedom to speak ill of that claim as being “egotistical” and/or inaccurate, he says, can be challenged in part with statistics that prove otherwise.

And contrary to reports from liberal media outlets and academics, the country was not founded by a bunch of slave-owning racists, he argued. “Once we separated from Great Britain, then you find that three out of four Founding Fathers released slaves, freed slaves, started abolitionist societies, went on to crusade against slavery,” he offered as examples.

Good luck finding the citations for all that.

The fact is that our founders owned slaves and didn’t free them all, even if they claimed all men were “created equal.” Of course, for Barton, facts have never been as important as preserving his narrative of Christian fundamentalism.

History shows the Founding Fathers chose to perpetuate the slave trade as opposed to fighting against it.

Although many of the Founding Fathers acknowledged that slavery violated the core American Revolutionary ideal of liberty, their simultaneous commitment to private property rights, principles of limited government, and intersectional harmony prevented them from making a bold move against slavery. The considerable investment of Southern Founders in slave-based staple agriculture, combined with their deep-seated racial prejudice, posed additional obstacles to emancipation.

To make matters worse, Barton claims the United States is the best nation because it has been ruled by the same document throughout its history.

“The average length of a governing document in the history of the world is 17 years,” he explained. “We have 242 years under the same piece of paper. I’m kind of proud that we don’t have a revolution every 17 years or so like the rest of the world.”

“242 years under the same piece of paper”? That’s only true if you ignore all the amendments we’ve had to include to correct the problems or oversights of the original Constitution. (The Second Amendment’s wording alone makes little sense today and, as a result, is subject to constant reinterpretation.)

And maybe it’s not a revolution every 17 years, but our society is constantly in a battle over who deserves the rights afforded under the Constitution. You could say we’re undergoing one of those “revolutions” right now.

In any case, pretending our nation doesn’t have roots in racism is both counter-productive and inaccurate. No wonder Barton is drawn to the lie. 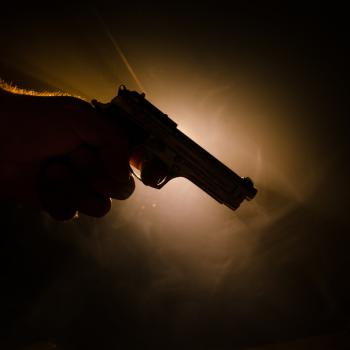 July 7, 2018 Philippines President: If Anyone Can Prove God Exists, I'll Resign Tonight
Browse Our Archives
What Are Your Thoughts?leave a comment