It was in the news for two reasons: First, Jeffress was asked by the Pentagon, at the urging of the Military Religion Research Foundation, to remove military seals from promotional ads. Second, the service really implied that belief in God — specifically, the conservative Christian Republican God worshiped by Jeffress — was part of being patriotic.

During a recent interview with FOX News’ Todd Starnes, Jeffress poked the hornets’ nest even further. 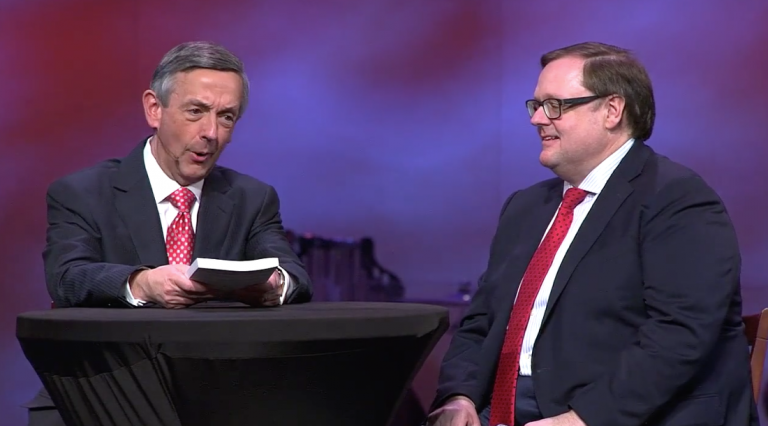 Pay special attention to how Starnes characterizes the critics of this service and others like it. Around the 0:48 mark, he calls them “so-called evangelical Christians who have a problem with these patriotic church services.”

Both men also criticized the Washington Post (Starnes: “fake news”), Christianity Today (Jeffress: “fake news”), and The Gospel Coalition (whose article about unease at patriotic church services was written in 2014 when Barack Obama was in power. Shocking).

When Christianity Today and The Gospel Coalition are too blasphemous for you, you’ve truly gone off the deep end.

Both men also perpetuated the myth that we live in a “Christian Nation” with founders who wanted to promote the Bible.

This is what passes for intelligent conversation on the Christian Right these days. 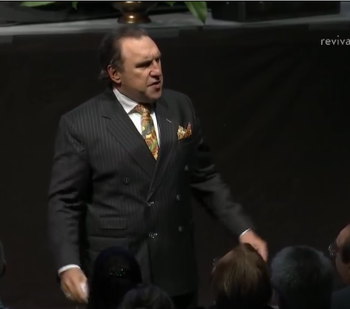 July 5, 2018
Pastor: A Spiritual Revival Will Soon "Shut Down" Congress and Silence Paul Ryan
Next Post

July 5, 2018 Scott Pruitt's Resignation Letter is a Strong Argument Against God's Existence
Browse Our Archives
What Are Your Thoughts?leave a comment