Rick Wiles: If the Next SCOTUS Judge Doesn’t End Abortion, God Will Destroy Us

Christian broadcaster Rick Wiles, last seen yapping about how God was punishing our country for legalizing abortion by allowing “a brown invasion” of white America, is back to warn us about another way God will hurt us.

This time, he said on “TruNews,” it all depends on who replaces Justice Anthony Kennedy on the Supreme Court. If the next justice isn’t completely anti-abortion, God’s vengeance will be upon us.

“God is bringing America to this place,” he said. “I’m praying and I’m believing that we’re going to get a judge that’s going to overturn Roe v. Wade and end the slaughter of babies.”

So if we allow women to have control of their own bodies, the pro-life God will be so angry, he’ll destroy America out of anger.

I don’t understand the logic. Maybe Wiles is speaking a special kind of Christianese. We’ll have to trust a God known for his biblical acts of genocide that killing anything and everything is wrong, and if we disagree, people will be murdered? Don’t try too hard to make sense of it. It’s not meant to be understood. It’s just another angry Christian trying to scare believers into following the party line.

By the way, even if Roe is overturned, abortions will still take place. They’ll be legal in some parts of the country, but women will die trying to procure them in others. The Christian God and all His followers don’t give a damn about that. 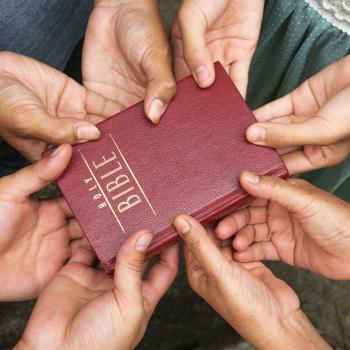 July 3, 2018
The Supreme Court Left the Issue of Politician-Led Christian Prayers in Chaos
Next Post