The man who destroyed the original Ten Commandments monument in Arkansas last year just got released from a state hospital.

Michael Tate Reed, a self-described “born again Christian” and “Jesus Freak,” had been there for just over a month, beginning shortly after he drove his car into the monument in the summer of 2017, destroying it completely.

(State Senator Jason Rapert put a new monument up this past April — with concrete barriers.)

Last November, a judge in Arkansas said Reed was “unfit” to stand trial for his felony criminal mischief charge. And last month, the same judge acquitted Reed of any wrongdoing on the basis of his apparent “mental disease,” but said he had to check into a state hospital for more evaluations.

And now he’s out.

Last week, the staff of the hospital reported in a commitment proceeding that Reed’s symptoms were in remission “on no medication.” It added:

“The treatment team believes he can safely be managed in a less restrictive setting at this time and that his release under the proposed conditions for discharge would not create a substantial risk of bodily injury to others or serious damage to the property of others.”

The report said Reed had exhibited no inappropriate behavior for five months.

The conditions of his release said he will live with his mother in Alma and receive regular outpatient treatment. He’ll not use alcohol or drugs, submit to monitoring and will not drive. He also may not leave home or the behavioral health center without the consent of his mother, or court monitor.

As we said before, if he truly is mentally ill, then this was (and remains) the right move. I hope he gets better. But let’s not forget Reed also received a similar discharge in Oklahoma and did this anyway.

It’s also not clear he’ll remain okay despite the monitoring. In a Facebook post before driving into the Arkansas monument, Reed wrote that he was “back at it again with the white plans,” whatever that meant. He also blamed the 2014 incident on the Devil, adding that he was “diagnosed with Bipolar” and “off his medication.”

So we know what happens when he’s off his meds. All the more reason for professionals and his family to make sure he sticks to the medical advice this time around. 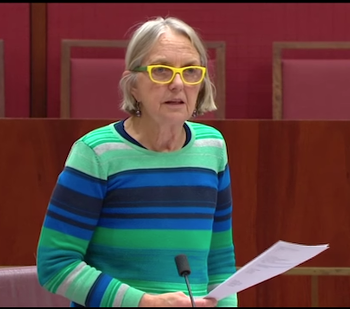 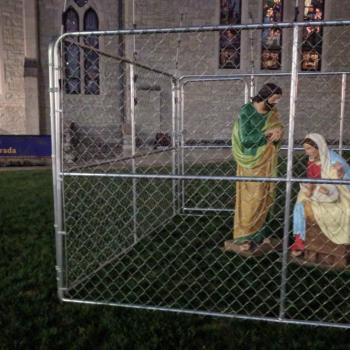