The Australian Senate begins every session with a reading of the Lord’s Prayer.

Now, Senator Lee Rhiannon, a soon-to-retire member of the Greens party, is urging her colleagues to replace it with something more inclusive. 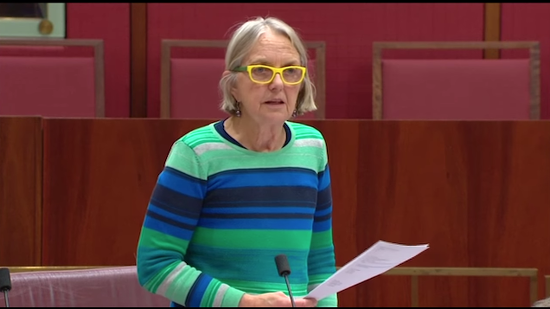 … the Greens senator Lee Rhiannon [moved] a motion for a Senate inquiry into the proposed alternative: “Senators, let us in silence pray or reflect upon our responsibilities to all people of Australia and to future generations.”

The move is supported in a letter signed by progressive religious leaders including Fr Rod Bower, of the Anglican parish of Gosford, the reverend Margaret Mayman, of Pitt St Uniting church, and rabbi Jeffrey Kamins of the Temple Emanuel at Woollahra.

It’s a hard sell. The prayer has been a tradition since 1901, and the nation’s conservative Christians are demanding the prayer to their God remain in place because Australia — wait for it — is a Christian nation.

“The Constitution of Australia starts with the words, ‘Humbly relying on the blessings of Almighty God’, and so it really is important to continue with a recognition of human frailty — a recognition that parliamentarians operate under God,” says Reverend Saunders.

That almost exactly the same argument offered by the Religious Right when it comes to keeping religious invocations in Congress.

But there is some positive news: The motion was accepted for discussion. Over the next two months, the Australian Parliament will accept public comments on the proposed change. It would be amazing if citizens chimed in with their full support to end the archaic Christian tradition in a diverse, secular country.

If Rhiannon is able to get the prayer replaced, what a fantastic mic drop that would be before she walks out the doors. 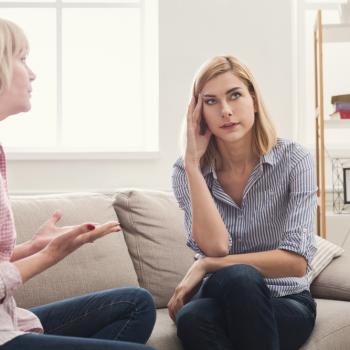 July 2, 2018
Ask Richard: What Should I Do If My Mother Disapproves of My Muslim Partner?
Next Post