Last night, Mexico elected a new president, Andrés Manuel López Obrador (below), known by his initials AMLO. This is a revolutionary change in many ways because AMLO has vowed to help the poor and tackle corruption — something voters were clamoring for, just waiting for the change to replace Enrique Peña Nieto and his PRI party. 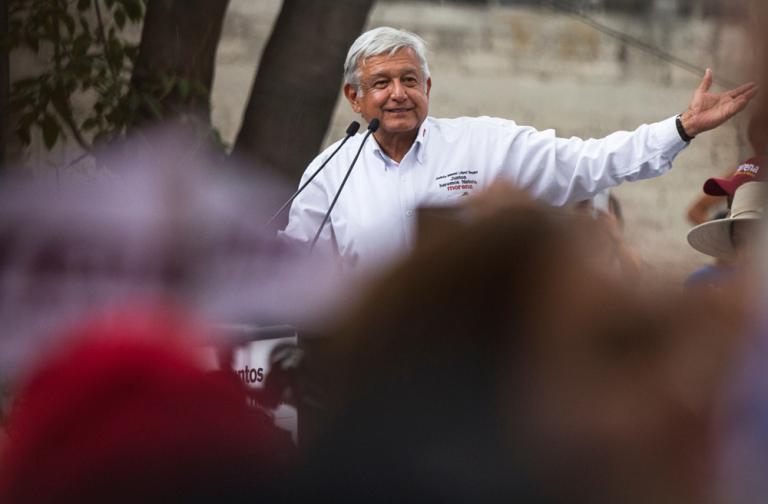 AMLO’s platform included a lot of things we heard Donald Trump say while campaigning — but which anyone paying close attention knew Trump didn’t really give a damn about and which his presidency has borne out. In fact, AMLO has been called a left-wing version of Trump, appealing to populism and making promises that are all-but-impossible to achieve. He’s big on ideas and hollow on details. Still, he’s inspired a lot of support from people who always felt the government was corrupt and AMLO could finally end that.

Whether AMLO will be successful in his goals, we have yet to see, but part of the reason he’s ascended to the presidency are his alliances with various groups. Jon Lee Anderson of the New Yorker explained it this way in a detailed profile:

As López Obrador’s campaign has gathered strength, he has welcomed partners that seem profoundly incompatible. In December, [AMLO’s party MORENA] forged a coalition with the P.T., a party with Maoist origins; it also joined with the PES, an evangelical Christian party that opposes same-sex marriage, homosexuality, and abortion. Some of his aides intimate that López Obrador could sever these ties after he wins, but not everyone is convinced. “What terrifies me most are his political alliances,” Luis Miguel González, of El Economista, told me.

So are AMLO’s views the same as PES? We don’t really know. He’s an open book. Since the main campaign issues revolved around tackling corruption, violence, and poverty, topics like homosexuality and abortion didn’t get much airtime. It’s too bad because LGBTQ rights and abortion rights hang very much in the balance under a new administration.

While marriage equality is the law in Mexico, it’s still very controversial. Not only is homosexuality itself widely considered sinful, there are states in Mexico where same-sex adoption is forbidden.

Abortion is even more controversial. It’s severely restricted in large parts of Mexico, and hundreds of women have been convicted of crimes for their abortions, even when they claimed they simply miscarried.

All we have to work off of is AMLO’s record on those issues when he was mayor of Mexico City… and it’s not encouraging.

… Amlo’s positions on marriage equality and abortion have stirred disquiet among the LGBT community and women’s groups.

As mayor of Mexico City from 2000-2005, Amlo held off on promoting same-sex marriage and the decriminalisation of abortion — both of which were eventually introduced in the city by his successor, Marcelo Ebrard.

That was more than a decade ago, though. The problem is that now, he’s president, and we still don’t know if he’s evolved on those issues. So the question in Mexico, as it was in the United States, is how much influence conservative Christians will now have on the nation’s policies.

The answer in the U.S. has been far more than anyone anticipated, with Trump booting transgender people from the military. He’s now on the verge of appointing a second Supreme Court nominee who would inevitably curtail (if not overturn) Roe v. Wade.

AMLO’s political history isn’t progressive on those fronts and that alliance with evangelicals may grow stronger if he needs them for political gain.

It would have been easy for him to say on the campaign trail that he supports the civil rights of LGBTQ people and women. The fact that he dodged those questions is incredibly troubling, even as Mexicans celebrate an otherwise progressive-seeming president. 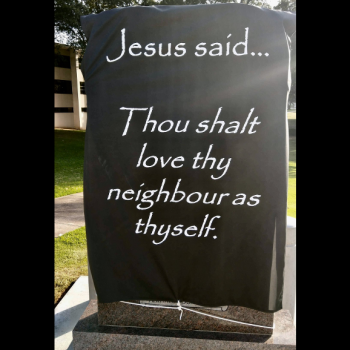 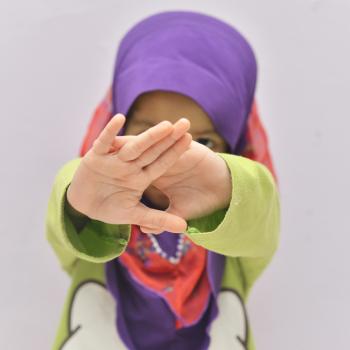