Hey, Mike Huckabee, Moses Would Be a Horrible Candidate for the Supreme Court June 30, 2018 Hemant Mehta

Hey, Mike Huckabee, Moses Would Be a Horrible Candidate for the Supreme Court

Yesterday on FOX News, Mike Huckabee said that Democrats were so hell-bent on opposing Donald Trump‘s upcoming Supreme Court nominee, they would even reject Moses.

.@GovMikeHuckabee: "If he put Moses up for the possibility of being Supreme Court Justice – the ultimate lawgiver, the Ten Commandments – [@TheDemocrats] would still be against it." pic.twitter.com/DBLfInSYak

Former Republican Arkansas Gov. Mike Huckabee said Friday that President Trump could nominate Moses for the next Supreme Court justice and Democrats would still try to block it.

“If he put Moses up for the possibility of being Supreme Court justice — the ultimate lawgiver, the Ten Commandments — [Democrats] would still be against it,” Huckabee told Fox News Friday morning.

Look. You don’t even need to blame Democrats for opposing him. Moses would be a horrible nominee for Republicans.

So enough with this Democrats-hate-democracy rhetoric. Republicans stole one Supreme Court seat already. Democrats need to do everything in their power to make sure the GOP can’t bend the entire Court in their favor. 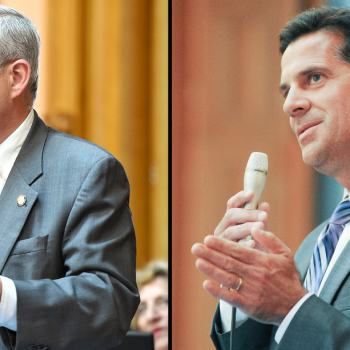 June 30, 2018
Ohio Teachers Would Be Forced to “Out” Trans Students Under GOP Bill
Next Post 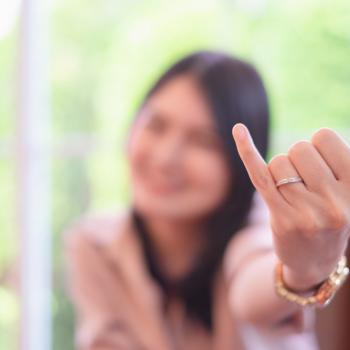 June 30, 2018 A Creationist Tried Showing Me Limbs Can Regenerate With Prayer (He Failed)
"By the way, I think doctors everywhere should be enabled to give puberty blockers to ..."
Bruce Martin Update: BC Supreme Court Rejects Parental ..."
"It is reasonable to expect adults to be able to admit that they were wrong. ..."
Houndentenor Despite Everything, White Evangelicals Still View ..."
"What I am about to write is not going to be popular on this blog. ..."
AtheistZ Update: BC Supreme Court Rejects Parental ..."
"What's with his middle name? Robinette."
Edward K. What Message Did Biden’s Religious Inauguration ..."
Browse Our Archives
What Are Your Thoughts?leave a comment