When people talk about all the problems with the Creation Museum, the fact that it’s not mobile never made the list. And yet Brian Young is whipping across the country, spreading Christian lies, in what he’s calling the Semisaurus.

I shit you not, this is seriously the image on his website: 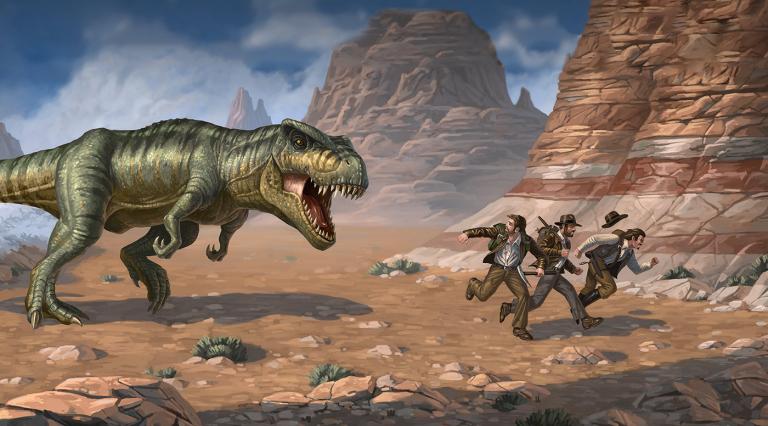 In what year, exactly, did dinosaurs chase after men with shoes, hats, belts, goatees, and backpacks? (You know things are bad when even their made-up stories are too outlandish.) That scene is entertaining in Jurassic Park and literally nowhere else.

“I believe that creation is a religion, but so is evolution,” he said. “The only difference is, only one religion is allowed to be taught to the kids.”

The exhibit, which fits into a semi-trailer, is split into three rooms that cover biology and history, and includes artifacts, props and visual aids. It also includes a 25-minute audio tour.

“It’s been a compilation of gathering things for the past 25 years,” Young said. “It took probably 15 months to put it all together and about $30,000 for the inside. There’s a lot of stuff.”

How do you spend that much money on bullshit when you can go to a farm and get it for free…?

The Semisaurus is heading to Iowa, Nebraska, Wyoming, and Minnesota over the next few months. Not Kentucky. I guess it’s wise to avoid getting near Ken Ham‘s multi-million dollar building because people might think Young’s “museum” is just silly. That would never happen anywhere else…

And if you haven’t laughed hard enough, there’s also an ad:

Did you catch the pet dinosaur going for a walk? 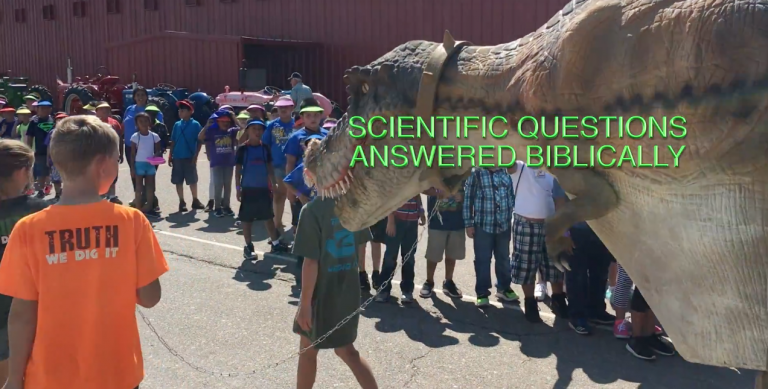 I can’t decide whether dinosaurs are evil since they chase after you or good because they’re domesticated. Science is so hard!

(Thanks to Dan and Drew for the link) 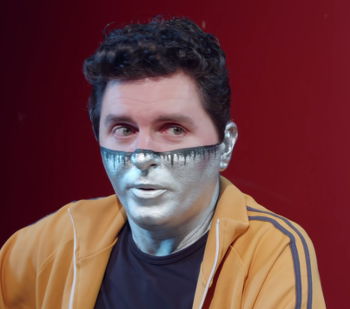 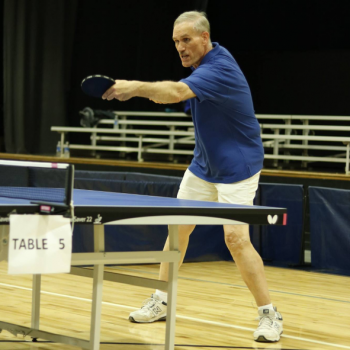