Attorneys for a public school football coach who wouldn’t stop praying on the field have now asked the Supreme Court to weigh in on their case. Despite losing every step of the way in the legal process, Joe Kennedy holds out hope that the conservative justices will bail him out.

Kennedy is the former assistant football coach at Bremerton High School in Washington who continued to pray publicly despite several warnings that he was violating the law. In December of 2015, the District said they wouldn’t be renewing his contract, which led him to file a federal lawsuit against them in August of 2016.

The following month, a federal district court judge refused to overturn the District’s decision. Kennedy’s lawyers from First Liberty appealed the decision, and last August, the Ninth Circuit Court of Appeals ruled against him too.

So Kennedy tried again, asking the entire Ninth Circuit to give his case another look. They declined in January.

And yesterday, his lawyers threw the Hail Mary pass, asking the Supreme Court to reconsider his appeals.

The question for the justices, attorneys wrote in the petition, is whether “public school teachers and coaches retain any First Amendment rights when at work and ‘in the general presence of’ students.”

The petition was filed by First Liberty Institute, a conservative nonprofit based in Plano, Texas, and Kirkland and Ellis LLP, a law firm headquartered in Chicago. The attorneys believe Kennedy has the right to offer a brief silent prayer, even if it’s in the view of students, said Mike Berry, deputy counsel for First Liberty.

“If left to stand, the lower court ruling would mean that any public school employee, or government employee would lose their right of free speech, simply by being a public employee,” he said.

All of that is bullshit. Kennedy always had the right of free speech. he always had the ability to pray. What he was doing was making a giant show of it in a way that was overt and coercive — and public school employees don’t have a right to preach while on the clock.

The Supreme Court has already said as much in the past — saying no to things like prayers at graduations and over loudspeakers at football games — for similar reasons.

Considering every single court has said Kennedy is in the wrong, and there seems to be no one except his lawyers (and the Christian Right) saying otherwise, it’s hard to believe the Supreme Court would consider his case. There’s no reason to. There’s no controversy except whatever his team is trying to create.

June 26, 2018
The GOP's Sloppy Tax Bill Has Finally Hit Churches... and Leaders Are Furious
Next Post 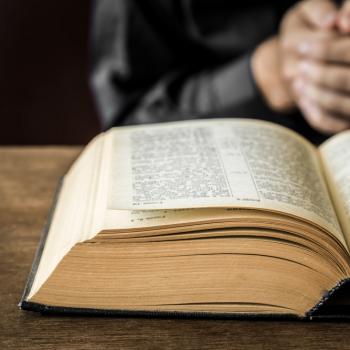