Churches are getting taxed, and it’s all thanks to Republicans. 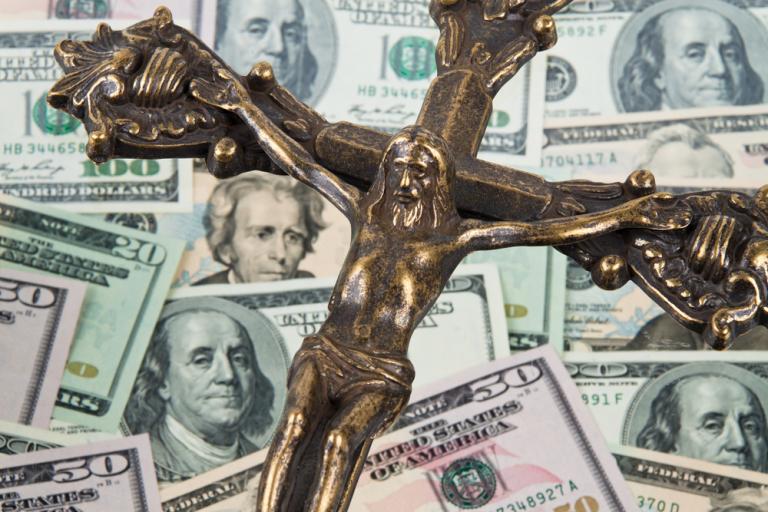 It was more than six months ago when the GOP passed a tax bill with virtually no debate or discussion. They ignored Democrats when making changes to the bill, even going so far as to include handwritten notes in the margins to squeeze items in at the last second. They were desperate for a “win” at any cost, so everyone in the party got on board, ultimately giving rich people a tax break they didn’t need at the expense of the rest of society.

Now it’s coming back to bite them in the ass.

According to POLITICO, one of the big changes, meant to offset other parts of the bill, was that there would no longer be a tax break for “fringe benefits.” Companies could no longer write off employees’ meals on their taxes, for example. But because non-profits don’t usually entertain clients, Republicans decided on a flat 21% tax on their benefits.

The main benefits affected are transportation-related, like free parking in a lot or a garage and subway and bus passes. It also targets meals provided to workers and, in some circumstances, may affect gym memberships.

The problem with that rule is that a lot of churches rely on those perks for their own employees:

“What we’re talking about is an income tax on the church for providing parking to its employees — that’s what we’re talking about,” said Mike Batts, chairman of the board of the Evangelical Council for Financial Accountability, which is circulating the petition denouncing the tax. “It’s absurd.”

Batts added that while all for-profit and non-profit groups are affected by this, for-profit groups have other tax breaks unavailable to churches. So this rule disproportionately affects them.

Already, there’s been legislation proposed to eliminate this provision of the bill. But the law is already seriously affecting some congregations.

The Jewish Federations of North America is looking at a new $75,000 tax bill this year because of the change.

“A lot of people are just finding out about it and the more people find out about it, the more pressure there will be on Treasury and Congress to either delay implementation or consider changing this,” said Steven Woolf, senior tax policy counsel for the group.

All of this is happening while Donald Trump continues to say he’ll repeal the Johnson Amendment, which would keep churches tax-exempt even if pastors tell their congregations who to vote for.

There’s a real irony that the Party of Religion, because of its own irresponsible and ignorant actions, will hurt the very people they constantly say they want to help. The Religious Right, especially, has no one to blame but themselves. This is the party they propped up. Now, barring a change in the law, they’re going to literally pay a price for it.