Church/State Watchdog to Todd Starnes: Don’t Call Us an “Atheist” Org (Or Else) June 26, 2018 Hemant Mehta

Church/State Watchdog to Todd Starnes: Don’t Call Us an “Atheist” Org (Or Else)

Over the weekend, Pastor Robert Jeffress held a “Freedom Sunday” event at his First Baptist Dallas church. It was a sermon dedicated to the sheer awesomeness of our country… in the midst of a humanitarian crisis in which children have been forcibly separated from their parents while held in government-sanctioned cages. (Jeffress didn’t talk about that.)

The big controversy involved Jeffress’ use of seals representing the five Armed Forces in an ad promoting the event. It suggested an endorsement of his event by the military, which is prohibited by law.

The Military Religious Freedom Foundation’s Mikey Weinstein sent a letter to Defense Secretary Jim Mattis and Jeffress himself demanding they remove those seals from the promotional video and the event itself. The Pentagon eventually got involved — and Jeffress finally caved.

But here’s another twist to this story. We know about the Pentagon’s letter to Jeffress because it was reported by FOX News’ Todd Starnes, and this is what Starnes said in his article:

The Pentagon has directed one of the nation’s largest churches to remove insignia representing the branches of the military from an upcoming freedom celebration after an atheist group complained.

That’s a lie. MRFF is not an atheist group in any sense of the word. They represent atheists, sure, but they also represent Christians, Jews, and other members of the military who want to push back against endorsements of Christianity by their superiors. In many of Weinstein’s letters to military leaders, he cites the religious affiliations of the people who reached out to him, and it’s not unusual to hear that the majority of them are believers.

In fact, according to MRFF “96% of its current and retired armed forces clients are Christian as are about 80% of the Foundation staffers.”

So for Starnes to call them an “atheist” group isn’t just untrue. In the view of Weinstein, it’s unfair because they represent so many more people than that.

That’s why an attorney for MRFF, Randal Mathis, has now sent a letter to Starnes demanding he stop describing MRFF this way under threat of a lawsuit.

… Given that this has occurred a number of times I would like to ask a favor. Would you please have someone in the Fox News legal department, preferably an attorney who knows something about the law of libel and slander, call me so that I can have a conversation with them about what in the world it is going to take to impress upon you the need to stop doing this.

The whole point of a lawyer writing letters such as the ones I have written to you is to avoid litigation. I regret that I do not seem to be making much progress in avoiding that. You might bear in mind, and your own lawyer can of course advise you about it, that your insurance coverage for defamation may not apply to something that is intentionally done and repeated over a period of time.

Damn. They’re going Avenatti on Starnes. Break out the popcorn. Starnes is finally being called out on (one of) his (many) lies — and if he doesn’t stop lying, he could be sued. I’d like to think he’ll finally learn his lesson, but I doubt it. 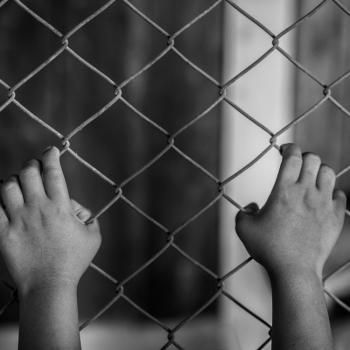 June 26, 2018
Adding Insult to Injury, Migrant Kids Have to Recite the Pledge of Allegiance
Next Post

June 26, 2018 The GOP's Sloppy Tax Bill Has Finally Hit Churches... and Leaders Are Furious
Browse Our Archives
What Are Your Thoughts?leave a comment