Adding Insult to Injury, Migrant Kids Have to Recite the Pledge of Allegiance June 26, 2018 Hemant Mehta

Adding Insult to Injury, Migrant Kids Have to Recite the Pledge of Allegiance

As if tearing migrant children away from their parents wasn’t bad enough, the Trump administration is making those kids recite the Pledge of Allegiance in a show of loyalty to the country that wants nothing to do with them. 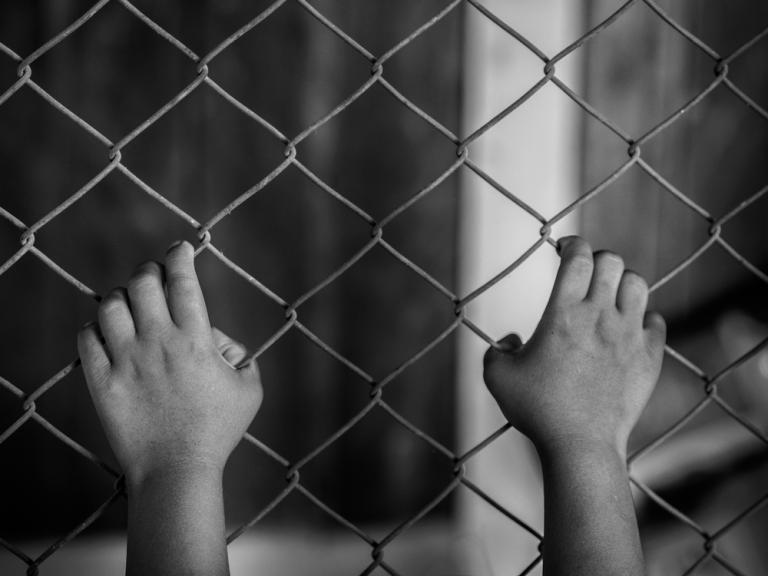 … now they live and wait in unfamiliar places: big American suburban houses where no one speaks their language; a locked shelter on a dusty road where they spend little time outside; a converted Walmart where each morning they are required to stand and recite the Pledge of Allegiance, in English, to the country that holds them apart from their parents.

Why must they say those words, some of the children ask at the shelter in Brownsville, on the Mexican border in Texas?

“We tell them, ‘It’s out of respect,’” said one employee of the facility, known as Casa Padre, who spoke on the condition of anonymity for fear of losing their job.

The irony shouldn’t be lost on anyone that a pledge ending with “liberty and justice for all” has to be said by people whom Donald Trump and his Republican allies want to deny due process.

And that’s before we even get into the religious indoctrination that comes with saying we’re a nation “under God.” (What sort of cruel God, you can imagine the kids wondering, would put them in this situation?)

How patriotic can these kids possibly be when they’re forced to say the Pledge (as if they have the option not to?) while dealing with officials working for a Republican administration who want them out of here as soon as possible?

While kids in public schools don’t face the same kind of trauma and stress, it’s all the more reason for them to stay seated during the Pledge. We don’t have real liberty. We don’t have real justice. We’re not a country under God. We’re not indivisible. And even though true patriotism has to be earned, we sure as hell aren’t doing anything to earn it.