It sounds like something David “Avocado” Wolfe might do, but in this case it’s a skeptic doing some performance art.

Douglas Bevans boiled 100 organic beef hot dogs and put each one into a bottle of water to sell at an event:

Each bottle of the “keto-compatible,” unfiltered water sold for $37.99, but two bottles cost only $75 because of a special deal last Sunday at his booth, where he wore a hot dog onesie and promoted himself as CEO of Hot Dog Water.

Bevans promised the water would lead to increased brain function, weight loss and a youthful appearance, even erasing crow’s feet when applied to the face in the form of a lip balm, which he also happened to sell.

One man who rubbed the lip balm on his “dome” sent him photos suggesting it promoted hair growth, Bevans said.

I have to hand it to him: That’s pretty clever. Using the tactics of woo peddlers to trick people into paying excessive amounts of money for water with a literal hot dog in it? That takes… apparently not that much work. At first I thought he was contributing to the problem, but since he’s publicly revealed the scheme, I feel like it could help some people think more clearly (especially those who were tricked).

After all, it’s not like customers had time to fully invest in the idea or use it to replace their medical treatments. They just saw a booth labeled “Hot Dog Water” and, for some reason, bought it.

Some people laughed at Bevans, but other passersby praised the supposed health benefits of products that included “Hot Dog Water breath freshener.”

Bevans said he sold 60 litres worth of the products.

He told people the water creates quicker sodium uptake for good health, uttering sheer quackery: “Because Hot Dog Water and perspiration resemble each other so when you drink Hot Dog Water it bypasses the lymphatic system, whereas other waters have to go through your filtering system, so really, Hot Dog Water has three times as much uptake as coconut water.”

Bevans, who is really a tour operator and a performance artist, said he came up with the idea as he questioned the ridiculous marketing and health claims behind some products and thought to himself: “I bet I could sell hot dog water.”

“We’re helping people, empowering them to use informed decisions in their purchasing choices,” he said about his marketing stunt. “That is the message behind this.”

Well, he was right. He could — and did — sell hot dog water. Let’s hope it turns out to be for a good cause, helping people stop putting so much faith in “cures” based on bullshit. At least before the buyers at Goop start calling him for advice. 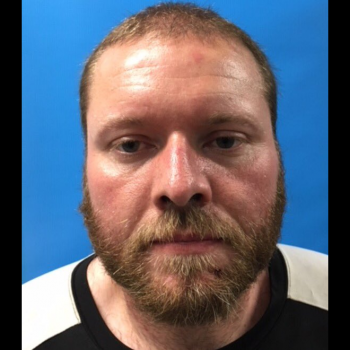 June 25, 2018
Man Who Attempted to Drown His Family Says He Was Just Trying to Baptize Them
Next Post 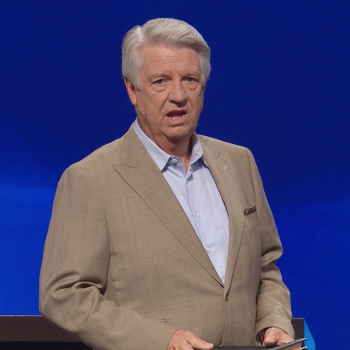