Walgreens Pharmacist Refuses to Give Woman Medicine to Induce Miscarriage

On Tuesday, Arizona teacher Nicole Arteaga heard the devastating news from her doctor that, after two months of pregnancy, “the baby’s development had stopped and I ultimately will have a miscarriage.”

The doctor gave her a prescription for misoprostol, a medication that would induce the miscarriage, since she didn’t want to go through with any invasive surgery.

But on Friday, when she went to a Walgreens to pick up the drug, the pharmacist refused to sell it to her.

I stood at the mercy of this pharmacist explaining my situation in front of my 7 year old, and five customers standing behind only to be denied because of his ethical beliefs. I get it we all have our beliefs. But what he failed to understand is this isn’t the situation I had hoped for, this isn’t something I wanted. This is something I have zero control over. He has no idea what its like to want nothing more than to carry a child to full term and be unable to do so. If you have gone thru a miscarriage you know the pain and emotional roller it can be. I left Walgreens in tears, ashamed and feeling humiliated by a man who knows nothing of my struggles but feels it is his right to deny medication prescribed to me by my doctor.

She eventually got the medication after the prescription was transferred to another location, but it’s disturbing that any pharmacist would take an already traumatic situation and make it much worse by implying that she was doing something unethical.

The pharmacist in question, Brian Hreniuc, used his personal beliefs (he called them his “ethics”) to condemn Arteaga, who was already struggling, because he holds the absurd belief that inducing miscarriage (for a child that will never exist) is the equivalent of murdering a baby. There were other pharmacists working that morning, but none of them were able to give her the medication either for some reason.

BuzzFeed notes that Walgreens allows pharmacists to not do their jobs if it violates their personal beliefs:

In a statement to BuzzFeed News, Walgreen spokesman James Graham confirmed that company policy “allows pharmacists to step away from filling a prescription for which they have a moral objection.”

Arizona is one of six states in the US where it is legal for a pharmacist to refuse prescriptions related to contraception if it conflicts with their religious or moral beliefs, Kelli Garcia, director of reproductive justice initiatives and senior counsel at the National Women’s Law Center, told BuzzFeed News.

Arteaga was fortunate that she could get the medication her doctor prescribed, but that wasn’t a guarantee. She’s just lucky that the other pharmacist didn’t let religious or ethical views get in between a woman and her doctor.

Walgreens dealt with a similar situation in New Mexico just last year when pharmacist Jesse Garrett wouldn’t give a mother birth control for her daughter because he had a “pretty good idea” why the girl wanted it.

Walgreens made the same excuse then, too. Their policy permitted that kind of behavior. An argument can also be made that this is a form of sex discrimination since pharmacists only ever do this sort of thing with drugs meant mostly for women. It’s not like they don’t fill prescriptions for Viagra.

A Christian pharmacist’s beliefs shouldn’t inconvenience a patient’s needs. Hreniuc is in the wrong professionm anyway. If he wants to control women, he can become a pastor. 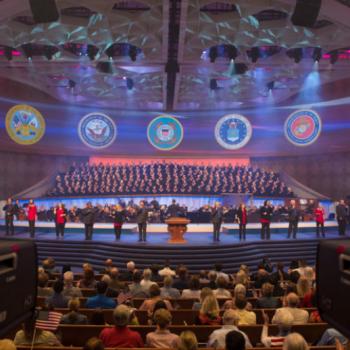 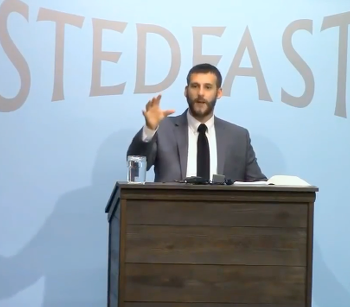