Tarot Card Seller: Industry on the Rise as People Try to “Cope” with Trump

A woman who has been selling tarot cards since the 1970s says a recent spike in her sales is due, in part, to Donald Trump‘s election and people trying to “cope with insecurity in these difficult times.” 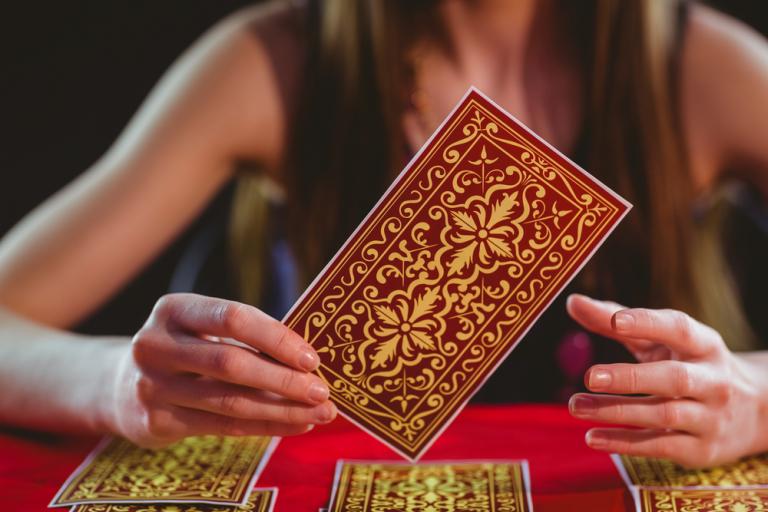 Karen Vogel, one of the creators of the popular Motherpeace Tarot cards, says Trump is one of the reasons more people are turning to her brand of nonsense.

“Our societies are going through an extreme sense of alienation,” says Ms Vogel, mentioning Donald Trump’s presidential victory in the US, as well as the rise of far-right groups, violence and misogyny.

“People are lonely and angry. Tarot helps them to cope with insecurity in these difficult times.”

Mike Sosteric, a sociologist at the University of Athabasca in Canada, agrees.

“When we were younger, change used to be much slower and gradual. Now, the world is changing at a more rapid pace than ever,” says the professor, who studies tarot, human spirituality, and the occult.

“This leads us to a time of crisis and drives people to seek big answers for big questions. Through tarot, people can mimic a sense of control.”

Believe it or not, this actually makes a lot of sense. There is a strong surge in unscientific beliefs as of late, from tarot to psychics to a Flat Earth. When people lack control in their daily lives, some turn to woo like this to feel powerful.

Unfortunately, while the feeling may be real, the beliefs themselves are not, and a lot of people end up wasting a lot of time and money to live in a new reality that doesn’t exist.

Dr. Sosteric says people today are having more difficulty relating to traditional religions (surprise?) and are instead opting into “alternative belief systems” like tarot cards.

One example of this is the #MagicResistance movement. Every month, self-identifying witches gather to cast “mass spells” on Donald Trump, and use tarot to assist them in the task.

The Tower card, commonly used in Trump spells, depicts a solid tower being struck by lightning, and flames emerging from small windows at its top.

Tina Gong, a New York-based designer and witch, says the rise of tarot has “everything to do with our current political and socio-economic environment”.

Ms Gong combined her love of witchcraft and her coding skills to create tarot apps, as well as an online tarot school. She describes the majority of her users as young females who no longer want to be “good girls”, and who see tarot as a tool for political resistance.

Unless the tarot cards are telling users to vote out Republicans this November, they’re useless when it comes to political resistance. It’s not like children will be reunited with their parents because a particular card said so. The fear here is that tarot cards will give people a false sense of security, preventing them from doing the things that could actually make a difference. 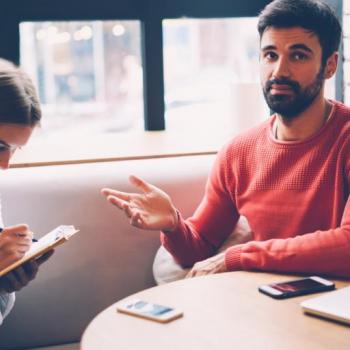 June 20, 2018
This Christian Woman's Relationship Checklist Is Full of Problems
Next Post

June 21, 2018 An Alberta Lawsuit Could "Out" Gay-Straight Alliance Members Against Their Will
Browse Our Archives
What Are Your Thoughts?leave a comment