An Appeals Court Will Decide If Tax-Free Housing for Religious Leaders is Legal June 20, 2018 Hemant Mehta

The Freedom From Religion Foundation has taken the next big step in its effort to stop the government from giving religious leaders a huge unconstitutional tax break.

That’s the loophole allowing ministers to deduct the cost of rent of their church-owned houses from their taxable income. (Christianity Today says 84% of senior pastors receive this exemption and it’s worth $20,000-$38,000 on top of their base salary.) It’s a major perk that also benefits megachurch pastors who live in mansions, but the problem is that atheist leaders can’t get access to the same benefits.

When Crabb made her ruling, it didn’t suddenly go into effect. (You would’ve heard the whining if it did.) Crabb said she wanted to hear back from all sides as to how they wanted to proceed, knowing full well that the government would file an appeal. That’s exactly what they did, so she then issued another ruling on the matter.

Crabb did two seemingly contradictory things with that update, though both were technically within her rights.

She said her ruling would now go into effect and the IRS could no longer give religious leaders a housing tax break… but added that she was putting a halt on her own ruling until 180 days after any possible decision had been made regarding an appeal.

That brings us to the latest update. As you might have guessed, the government appealed the ruling within the time window. Yesterday, FFRF filed its own response. Now, the case will be in the hands of the judges.

It’s worth noting that all of this happened in 2014, too. But the Appeals Court dismissed the entire case due to standing. They said FFRF needed to apply for the tax break — and get rejected — before they could file a lawsuit over this issue. They hadn’t done that in 2014, therefore the case was dismissed on that technicality.

For the current lawsuit, FFRF did all that. This case won’t be dismissed on standing. It’ll be decided on the merits. And FFRF made that clear in its brief.

The brief takes digs at the numerous friends of the court briefs filed against FFRF, representing outraged ministers and denominations as varied as Unitarian Universalists, Jewish, Muslim, mainstream Protestant and evangelical Christian groups, and some 8,000 individuals. “The silence of the amici is particularly noteworthy as none even suggests that expanding the cash housing allowance exemption to non-clergy might be fair. They confirm the value of the exemption, while seeking to confine it to themselves,” contends the brief.

The brief demolishes the government’s argument that the provision is merely an accommodation of religion: “This siren cry leads only to obfuscation because paying income taxes is a burden common to all taxpayers, rather than a burden on the free exercise of religious beliefs.”

“The 7th Circuit in 2014 essentially gave us a roadmap to follow in succeeding in our challenge,” says Barker and Gaylor. “We have proved our injury and the discrimination involved, after the IRS denied our housing allowance refund for our 2012 taxes. We now look forward to the appeals court deciding our challenge on its merits.”

If FFRF wins, it would be an arrow through the heart of religious privilege. That’s why conservative groups are desperate to keep the illegal law in place. But for the time being, religious leaders are officially without the perk of writing off their houses on their taxes. It’ll stay that way unless they win this appeal. 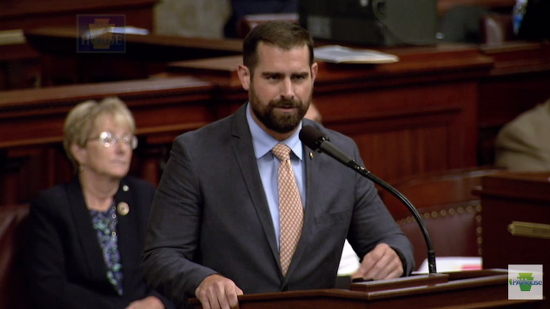 June 20, 2018
PA State Rep. Brian Sims Has a Powerful Message (and a Finger) for Mike Pence
Next Post 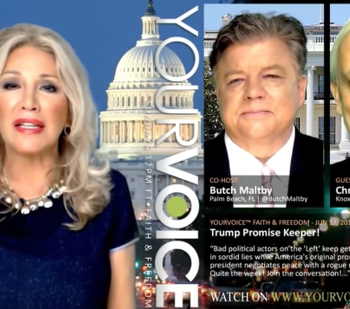 June 20, 2018 Christian TV Host: Trump is God's "Instrument" and His Critics Can "Get Out"
Browse Our Archives
What Are Your Thoughts?leave a comment