Christian Psychiatrist Shut Down For Whipping Patients, Calling Them “Mules”

A Christian psychiatrist in Tennessee was forced to close down her office, which she operated for 17 years, because authorities found out she was whipping patients and referring to them as “mules.”

Dr. Valerie Augustus, who says on her website that she “integrates her spiritual beliefs and principles into each patient’s healing process,” must close Christian Psychiatrist Services (Yes, that’s really the name) for at least two months. She also risks losing her medical license entirely, unless the Vanderbilt Comprehensive Assessment Program gives her a green light to continue her services.

That may be a tough sell, given that she “spanked at least 10 patients with whips and riding crops,” according to the Tennessean.

Dr. Valerie Louise Augustus, who has led Christian Psychiatrist Services for 17 years, was found to have used a riding crop — a thin whip normally used to strike horses — on the buttocks of a patient in 2015, according to Tennessee medical discipline documents that were made public on Friday.

The patient, who had a history of physical abuse, was suffering from depression and struggling with suicidal thoughts, documents state.

An investigation by state authorities also found that Augustus had “made contact with other mental health patients with a riding crop, whip or other object.” The documents also state that Augustus kept both a riding crop and a whip “displayed in her office” and “compared her patients to mules.”

There’s no medical literature that suggests any of that is a good idea. As a licensed psychiatrist, she should have known she was making things worse; instead, patient after patient suffered because they saw her. I’m tempted to think she got inspiration for her methods directly from the Bible itself, but which verses say whipping patients with potential psychiatric disorders is approved by God?

That said, the word “mule” does have a prominent place in the Bible. Psalm 32:9, for instance, cautions against being like the horse or mule:

Do not be like the horse or the mule, which have no understanding but must be controlled by bit and bridle or they will not come to you.

A whip for the horse, a bridle for the donkey, and a rod for the backs of fools!

Jesus himself was said to chase people with whips.

But still: Those aren’t metaphors. The Bible is literally referring to animals.

Regardless of her reason, there’s no medical justification for her actions, according to the Tennessee Board of Medical Examiners.

The board suspended her medical license for no less than 60 days, starting in June. To get her license back, Augustus will be required to take a two-day class on “medical ethics, boundaries and professionalism” and be cleared by the Vanderbilt Comprehensive Assessment Program, which examines professionals who are having emotional or behavioral issues in the workplace.

If the program clears Augustus, she can then petition the board to get her license back. If it is restored, she will start a probationary term of 3 years.

It’s good that she’s being held accountable, but if she’s still able to practice after all this, what on earth would it take to have her license revoked? If she’s given her license back, the fear is that we might find out. 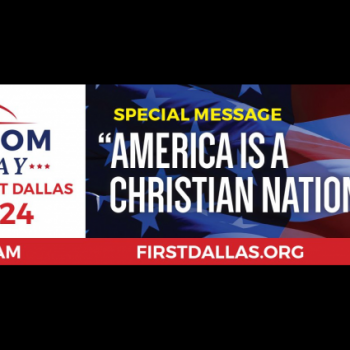