This Christian Ministry’s Anti-Gay Tweet Is Cruel on So Many Levels June 17, 2018 Hemant Mehta

Late last night, @DesiringGod, the Twitter account for the ministry of preacher John Piper, posted this message against homosexuality:

It’s a short tweet, but there’s a lot to unpack.

It argues that people in same-sex relationships can’t possibly be following Jesus — not properly, anyway — even though there are plenty of Christians, churches, and organizations that would disagree with that theology.

It argues that people in same-sex relationships aren’t experiencing “true love.” Whatever they have is “broken.” Even though there are hundreds of thousands of same-sex couples in the country who know better.

(As if every straight relationship is so damn perfect.)

The Christians who follow Piper and perpetuate this vile theology don’t give a damn about the happiness of gay people in this life because they hold a belief that everything will be better in the afterlife. If that means telling gay people they should be alone and celibate, or pushing for conversion therapy, or voting against civil rights, so be it.

Let gays and lesbians be alone and miserable; they’ll thank us when they’re dead. 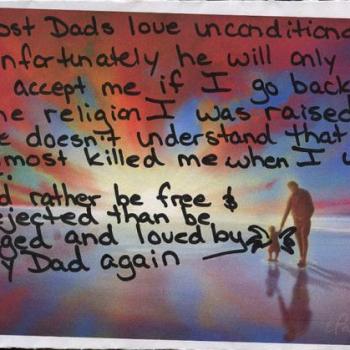 June 17, 2018
This Father's Love Depends on His Child Sharing His Religious Beliefs
Next Post 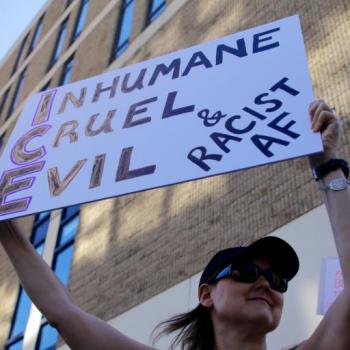