Credit where it’s due: While this Republican administration is sticking to its policy of tearing children away from their parents and putting them in concentration camps, with Attorney General Jeff Sessions and Press Secretary Sarah Huckabee Sanders defending the policy by pointing to the Bible, not all religious groups are on their side.

A number of them have been very open about how awful this policy is and they’re calling on Donald Trump to undo it, something he could accomplish with a signature. 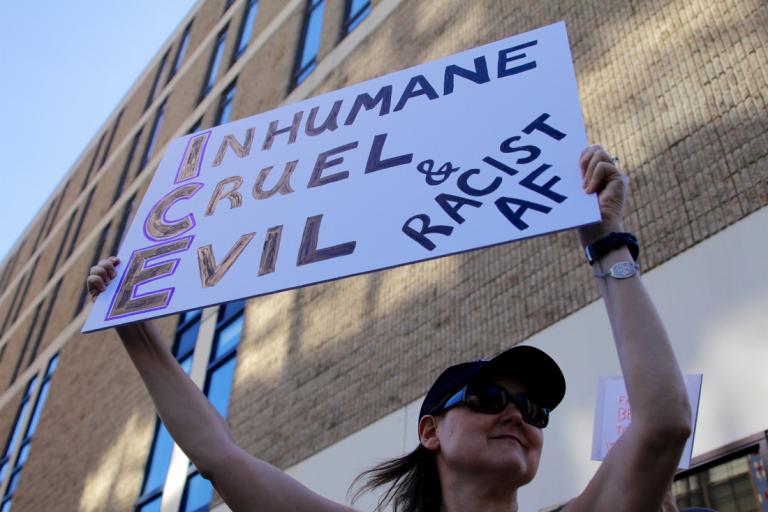 The United Methodist Church released this pointed statement on Friday:

Jesus is our way, our truth, our life. The Christ we follow would have no part in ripping children from their mothers’ arms or shunning those fleeing violence. It is unimaginable that faith leaders even have to say that these policies are antithetical to the teachings of Christ.

Christian sacred texts should never be used to justify policies that oppress or harm children and families.

The Trump Administration implemented these policies. They have the power to stop these horrific actions. Join me in calling on the Department of Justice, and especially on our fellow United Methodist, Attorney General Jeff Sessions, to immediately reverse these decisions.

That last bit is incredible. Sessions’ own religion is denouncing his actions and implying he’s not following Christ the way they taught him.

It’s not just the Methodists. Even the Southern Baptist Convention, currently under fire because its leaders have ignored serious matters involving sexual abuse, passed a resolution last week calling for families to remain together in this whole mess:

… we desire to see immigration reform include an emphasis on securing our borders and providing a pathway to legal status with appropriate restitutionary measures, maintaining the priority of family unity, resulting in an efficient immigration system that honors the value and dignity of those seeking a better life for themselves and their families

Reporter Jack Jenkins of Religion News Service has kept a running list of the various religious groups pushing back against this administration’s recent cruelty and it’s still going. (Click the tweet to read the full thread.)

1. So I’m just going to start a thread of all the faith groups/faith leaders condemning either the Trump admin’s zero tolerance policy that separates families (and/or asylum change), Sessions’ argument that the Bible supports its enforcement, or both.

Here are a few.

Maybe you’re thinking all that is nice, but evangelical Christians still support Trump. Even that alliance is showing cracks.

Even Rev. Samuel Rodriguez, who spoke at Trump’s inauguration, signed onto a letter with other right-wing Christians calling for a change:

U.S. law currently allows individuals with a credible fear of persecution to request asylum whether the individual enters with a valid visa, requests asylum at a port of entry, or is apprehended seeking to enter without a visa. Not every individual arriving will merit asylum protection, but we would ask that families be kept together while ensuring each individual asylum seeker is afforded due process according to our laws.

We respectfully ask you to work with Attorney General Sessions and Secretary Nielsen to reverse this “zero tolerance” policy and instead urge law enforcement entities to exercise discretion to protect the unity of families. We also ask that you work with the U.S. State Department to resume a robust U.S. refugee resettlement program and to leverage U.S. influence to seek peaceful resolutions to the situations of violence in Central America.

Spokesman of Trump’s informal evangelical advisory board ⁦@JohnnieM⁩ “While Sessions may take the Bible seriously, in this situation he has demonstrated he is no theologian.” https://t.co/kMmX36O5Xc

Who needs Hell when you’re delivering burns like that?

Any decent person could tell you this policy of separating families who have crossed the border, supposedly as a deterrent to others, is both unwise and barbaric. It serves no purpose other than to show just how cruel Trump, and by extension every single Republican who remains in his party, can be. And when religious groups, including those that oppose civil rights for LGBTQ people, are saying this is immoral and unjust, surely conservatives should take them seriously. These critics include members of their base.

Who else needs to speak up before anyone in power gives a damn? 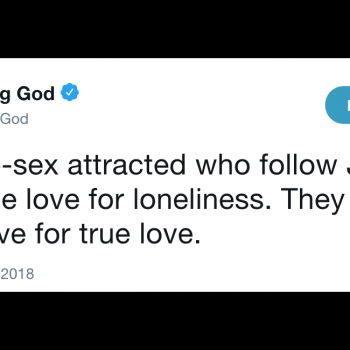 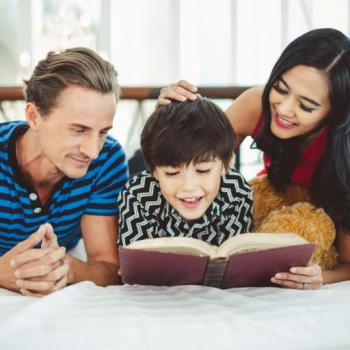 June 17, 2018 As Non-Religious Numbers Grow, More Parents Are Raising Kids Without Religion
Browse Our Archives
What Are Your Thoughts?leave a comment