A nun who fights for social justice is calling out Attorney General Jeff Sessions after he said the Bible backed the Trump administration’s policy to separate the children of undocumented immigrants from their families at the Southern border.

Sister Simone Campbell, the executive director of NETWORK (a Catholic lobby for social justice issues) and the leader of the Nuns on the Bus project, said it’s “just wrong” to use the Bible to defend “tearing kids away from their families.” In a video posted by Sen. Bernie Sanders, Campbell says Trump’s policy is a “travesty” that is “not required by law.”

In fact, it is only their own executive order that insists children be ripped away from their parents when they cross the border.

Sessions cited Romans 13, which discusses how you should be submissive to “governing authorities” ordained by God, and White House Press Secretary Sarah Huckabee-Sanders echoed that interpretation. When asked about his comments, she said it is “very biblical to enforce the law.” She added that perspective is “actually repeated a number of times throughout the Bible.”

As Campbell points out, however, there are several contradictory teachings found within the larger Christian doctrine. Other activists have pointed to Leviticus 19:33-34, which says “When a stranger sojourns with you in your land, you shall not do him wrong,” But Campbell provides a quote from St. Augustine.

Saint Augustine said, “An unjust law is no law at all.” It is very biblical to enforce just laws, not this travesty.

She goes on to say that the Christian scriptures “speak of love and of welcoming all in love.”

It speaks of making sure that children are honored and cared for, doing the very things that our faith calls us to do. If you want to know what actual biblical justice is, biblical justice is to care for those who are left out, to welcome the stranger and care for the marginalized… The Trump Administration needs to stop this policy.

Campbell has a great message, and I’m glad she’s using the Bible to help people (instead of hurting them, as Sessions is). But she’s also making the mistake of assuming that the Bible, properly interpreted, can only be used for good.

The fact is that the Bible — any Holy Book, for that matter — can be used to justify basically anything. Because there are so many contradictory principles within religious scriptures, believers are able to twist various passages to fit their needs. Sure, you can quote a verse that says you should follow the law, but you can also find verses justifying civil disobedience and refusal to accept unjust laws.

There is no right answer, and that’s pretty much the whole point. People always believe God is on their side.

I’m glad Campbell is using the Bible for social justice, but don’t forget Sessions (and many others) can use the same book to fight against it. All the more reason to keep the Bible out of the discussion entirely. 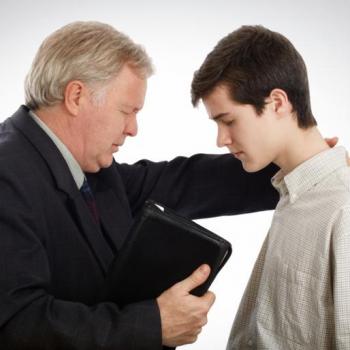 June 16, 2018
City Discontinues Prayers at School Graduation After Parent Speaks Up
Next Post 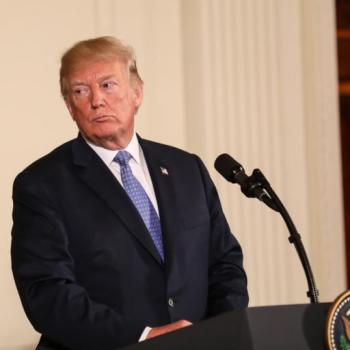