In 2013, Tim Lambesis, the lead singer of the Christian band As I Lay Dying, hired a hitman to murder his wife. 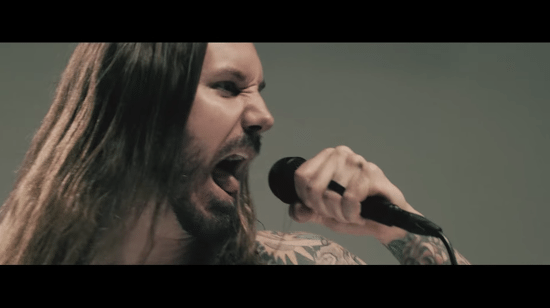 That hitman turned out to be an undercover cop, and not long after Lambesis handed over $1,000 for expenses and agreed to pay a total of $20,000 for the attack, he was arrested. He later received a sentence of six years in prison. He was released on parole at the end of 2016.

And now, to the shock of many of the band’s fans, Lambesis is back to being their lead singer. They just released a new single, “My Own Grave,” and announced a comeback show beginning on Saturday in San Diego.

A lot of people, naturally, have some fairly simple questions:

What the hell are they thinking?

Forgiveness is one thing, but do they remember how that guy tried to murder his wife?!

Why are they acting like nothing happened over the past few years?!?!

And what is Lambesis going to do with the paychecks he gets from the reunion tour…?

So far, the band’s only response has been this vague Facebook post promising to answer more questions soon.

I can think of one possible reason they were quick to forgive Lambesis. In a 2014 interview with the Alternative Press’ Ryan J. Downey, conducted just before Lambesis headed to jail, the singer talked a lot about his journey into atheism. He read the New Atheists and found value in what they said. While he didn’t attribute his criminal act to his non-belief, the implication was there for anyone looking for a link.

He posted a public apology last year that implied he had found God (because everyone loves a good Christian redemption story).

“I do not feel deserving of a second chance and am not asking for anyone’s trust. The way many people feel about me makes sense, and only time will tell if my future actions line up with my remorse, something I pray for every day. In the last five years, the ripple effect of all my actions has extended further than a written statement can address. Thus, I will continue to apologize in both words and actions moving forward,” the statement read.

A couple of years in jail, plus parole, hardly seems like enough time to turn your life around, after asking someone to murder your wife, and rejoin your Christian band. It’s really up to the band’s fans to decide if he’s truly forgiven.

Given all the ways those evangelical Christians have defended this ignorant cruel administration, shrugging off attempted murder doesn’t seem all that far-fetched.