Attorney General Jeff Sessions used the Bible, specifically citing Romans 13 all about “submission to governing authorities,” to justify the Trump administration’s policies relating to ripping the children of undocumented immigrants away from their parents.

Sessions offered a “full-throated defense” of the border separation policy, blamed immigrants themselves for the situations they’re in, and quoted the Bible to justify the cruelty.

In his remarks, Sessions hit back at the “concerns raised by our church friends about separating families,” calling the criticism “not fair or logical” and quoting scripture in his defense of the administration’s tough policies.

“Persons who violate the law of our nation are subject to prosecution. I would cite you to the Apostle Paul and his clear and wise command in Romans 13 to obey the laws of the government because God has ordained them for the purpose of order,” Sessions said. “Orderly and lawful processes are good in themselves and protect the weak and lawful.”

He called on religious leaders to “speak up strongly to urge anyone who would come here to apply lawfully, to wait their turn and not violate the law.”

The part of the Bible he was quoting says, in part, that everyone should be “subject to governing authorities because “there is no authority except that which God has established.”

The authorities that exist have been established by God. Consequently, whoever rebels against the authority is rebelling against what God has instituted, and those who do so will bring judgment on themselves. For rulers hold no terror for those who do right, but for those who do wrong. Do you want to be free from fear of the one in authority? Then do what is right and you will be commended. For the one in authority is God’s servant for your good. But if you do wrong, be afraid, for rulers do not bear the sword for no reason.

Wow. That is pretty damn terrifying. And going by that logic, it’s frightening to consider what other kinds of government we must blindly obey because Sessions’ interpretation of the verses says God commands it.

His comments come after Christian evangelist Franklin Graham, who isn’t known for his sensible outlooks on political issues, said it was “devastating” to see immigrant “families ripped apart” at the border. (Not surprisingly, Graham cited different sections of the Bible to support his contradictory beliefs.)

In fact, it’s pretty easy to point out the flaws in Sessions’ logic by just quoting other parts of the Bible:

“When a stranger sojourns with you in your land, you shall not do him wrong. You shall treat the stranger who sojourns with you as the native among you, and you shall love him as yourself, for you were strangers in the land of Egypt: I am the Lord your God."
– Leviticus 19:33-34 https://t.co/azAClN5S1v

Sessions isn’t alone on this. Even Press Secretary Sarah Huckabee Sanders was quick to point to the Bible to justify the administration’s breaking up of families. It came in response to a fairly pointed question from CNN’s Jim Acosta: “Where does it say in the Bible that it’s moral to take children away from their mothers?”

While Sanders said she was “not aware” of Sessions’ comments, she answered: “I can say that it is very Biblical to enforce the law. That is actually repeated a number of times throughout the Bible.”

Since everyone’s citing different biblical passages to make their point, it’s only fair to ask God which interpretation is the correct one. Fortunately for us, he has already weighed in:

1) Separating children from parents is NOT US law.
2) "Bible says follow your leaders" is also an excuse Nazis could use.
3) The Bible actually says be kind to foreigners, so STFU.
4) JESUS FUCKING CHRIST I'M GOING TO BURN THIS PLANET TO THE GROUND. https://t.co/L7FJR3MvaK

There you have it. Sessions loses this round. 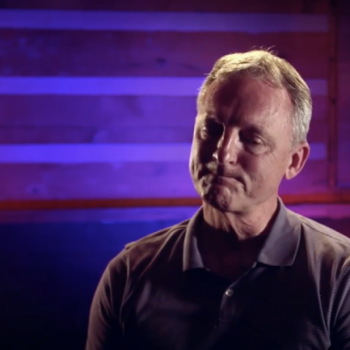 June 14, 2018
These Men Say They “Bear the Scars of Abortion” (So Women Shouldn't Have Them)
Next Post 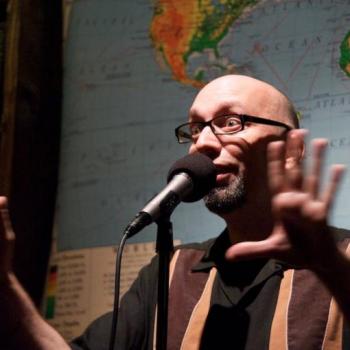 June 14, 2018 Podcast Ep. 221: David Ellis Dickerson, Writer for "The American Bible Challenge"
Browse Our Archives
What Are Your Thoughts?leave a comment