A Jewish lawmaker in Brooklyn, New York has proposed a radical solution to what he sees as a major problem for fundamentalist Jews and Muslims who can’t go to the beach because they uphold modesty laws based on their gender.

City Councilman Chaim Deutsch will rent a beach owned by a local college, using private donations, on days when it’s normally closed to the public, and host gender-specific events. He posted on Facebook about the “first ever private beach experience with separate days for men and women!”

For many New Yorkers, including religious Jews and Muslims who observe modesty laws, there isn’t an opportunity to utilize our City’s beautiful beaches. I’m excited to offer the chance for EVERYONE to enjoy!

Deutsch received lots of support from his constituents, especially from Orthodox Jews and Muslims who see this as a victory for religious freedom, but a lot of people are pointing out the numerous conflicts at stake here.

One woman who goes by the name of A. Joi Brown on Facebook wrote that even though she benefits from the beach days, the event made her uneasy. “I feel this would be better represented by a religious organization and not a government entity,” she wrote in the comments.

NYCLU executive director Donna Lieberman weighed in on the issue in an interview with the New York Post and said, “What chutzpah. People don’t have the right to impose gender discrimination on a city beach simply because it’s mandated by their religion,” she said. “It is one thing for the city to provide reasonable accommodation for religious practice, and quite another to limit the public access of everybody else.”

Lieberman has a point. Even though Deutsch thinks he’s taken care of the concerns by using private donations to rent the beach on days when it would normally be closed, the New York Daily News notes that “city law says that public accommodations cannot exclude people based on sex unless there’s an exemption ‘based on bona fide consideration of public policy.'” That’s not the case here. Keep in mind that the beach is owned by Kingsborough Community College, a public school. So the law would still apply.

There’s obviously an argument to be made that Muslims and Orthodox Jews who can’t easily go the beach because of their religious beliefs should have an option like this. But that doesn’t mean they should be able to use a city facility for their exclusionary event — nor should they have it sponsored or promoted by a sitting elected official.

Are there other discriminatory religious beliefs which would receive this kind of treatment?

Are other groups allowed to rent out this beach for a certain class of people in the same way?

Will transgender people be allowed to go to this beach on the appropriate day?

We still don’t have answers to those questions.

June 12, 2018
Ireland Will Finally Hold a Referendum to Repeal Its Blasphemy Law This October
Next Post 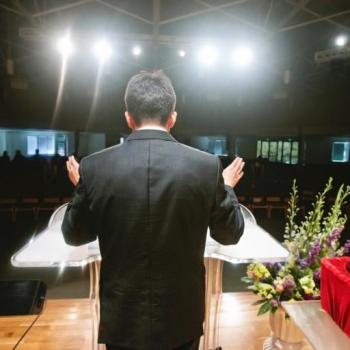