Last year, the Dumfries and Galloway Royal Infirmary opened in Scotland at a cost of more than £200 million. The hospital also ordered hundreds of copies of the Bible from Gideons International, planning to put one in every patient’s room. 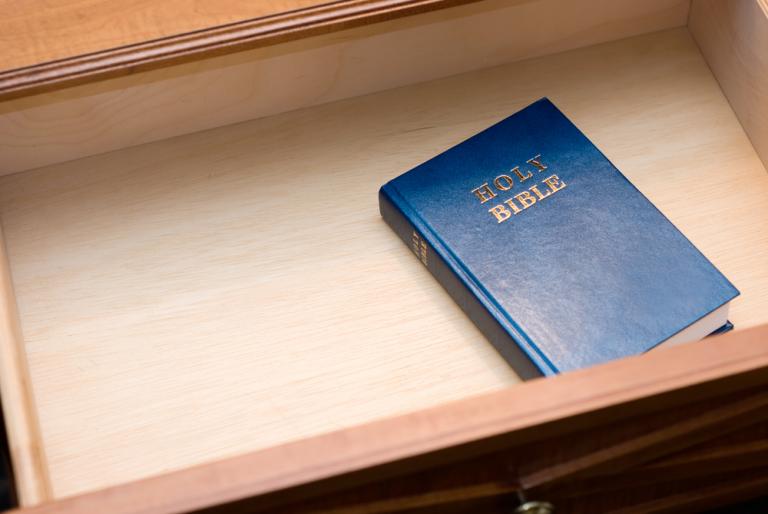 That won’t be happening after an atheist allegedly complained about the preferential treatment for Christianity.

Papers going before a meeting of the NHS Dumfries and Galloway board today reveal the provision of Bibles for every room was “questioned” and distribution stopped.

While the article in the Express didn’t go into more detail about the nature of that request, plenty of critics are weighing in.

The Rev David Robertson of the Free Church of Scotland claimed the decision was an example of “religious prejudice”.

He said: “A small and vociferous group of secular atheist fundamentalists are seeking to impose their values on the whole of Scottish society.

“Under the pretence of ‘fairness’ it is seeking to exclude all religion, but especially Christianity, from the public sphere.”

How the hell does that make any sense…?

Instead of putting a Bible in every room, the books are simply available to anyone who requests one. It’s not anti-Christian bigotry when the Christian holy book doesn’t get special treatment. It’s not “religious prejudice” when the privilege you used to have is no longer handed to you.

And where’s the atheist fundamentalism in all this? It’s not like the request was to burn every copy of the Bible and put a Christopher Hitchens book in every drawer. It was to change the Bible’s placement in every room from a default setting to one that requires toggling a switch, so to speak.

Even Gideons International understood that, which is why they didn’t fight the hospital’s decision.

A spokesman for Gideons said: “I understand the person who made the complaint was not of any religion and they were possibly saying why should the Christians get preferential treatment?

“We discussed this and thought the last thing we want to do is to put people’s backs up by being pushy, so we’ll accept that.’”

That’s the right response. Stop being pushy. The bibles are still there; patients just have to ask for it. But the critics are still furious with the hospital:

Ciaran Kelly, of charity The Christian Institute, said: “It’s sad that the hospital wasn’t a little bit braver in responding to this complaint. Making Bibles available isn’t forcing them on anyone.”

The bibles are available to everyone. If a copy of the Qur’an was placed in every room, I have no doubt these Christians would say it’s being forced on patients, and the same logic applies here. Holy books should be optional in hospitals and hotels alike.

In a country where 72% of people have no religious affiliation, there’s absolutely no reason to assume the Bible will be a welcome sight for every patient. If they want one, they’ll know how to get one. 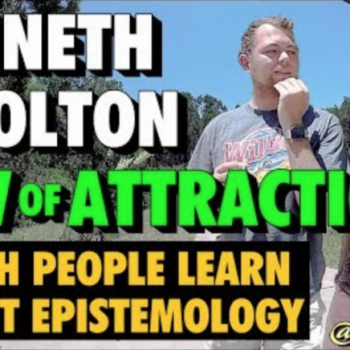 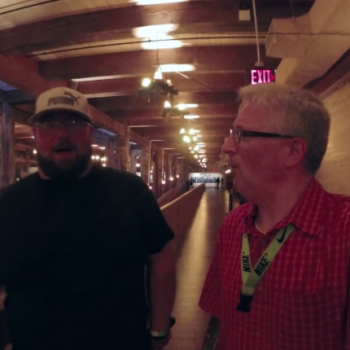