Christians Are Mad Because This Giant Marilyn Monroe Statue Is Mooning a Church June 9, 2018 David Gee

If you thought there wasn’t anything else for the Christian community to be offended by, fasten your seatbelt.

This 26-foot Marilyn Monroe statue has been traveling all over the world, making positive impressions on artists and tourists alike, but now it has been placed in front of a church in Connecticut and some Christians are protesting.

The statue, depicting a famous scene from The Seven Year Itch, was installed in Stamford as part of the city’s “Art in Public Places” exhibit, according to the Stamford Advocate.

But much like the subway grate stirred up her skirt, Monroe has created a whirlwind in just a few days in Stamford.

Lorri Tamburro, a lifelong Stamford resident, was disturbed when she visited the statue with her husband and watched children climbing up Monroe’s leg and looking up her skirt.

“I just find the position to be offensive,” she said. “It was, in my eyes, very disrespectful…”

Tamburro isn’t the only one disturbed by the pose. City officials said they’ve received a handful of phone calls about the statue and social media has been abuzz with reactions, mostly about its placement in front of the Walton Place church.

Other church members have also complained, generally repeating the same nonsense about it being “disrespectful” toward the congregation.

Pam Riley, a longtime member of the First Congregational Church, said she didn’t even look at the statue when it went up on Monday.

“It’s disrespectful to the church,” Riley said. “Her skirt is up in the air and everyone’s under there looking up her skirt.”

Like Tamburro, Riley said the statue would be less offensive if it wasn’t in front of the church.

Christians who are offended by this don’t understand art… architecture… or history. This statue was almost certainly not placed intentionally so that its rear end was facing the church. Anyone who believes otherwise might just be self-absorbed… though that may be expected from people who think an all-powerful Creator-God knows their names and answers their prayers. Complaining about the (covered) underside of this statue is like complaining about a nude paintings from the Renaissance: You’re missing the point and paying attention to the wrong things.

Thankfully, not all Christians are playing the victim card on this one. Some believers, including some members of the church, support the work of art.

“It’s wonderful for Stamford and Bedford Street,” First Congregational member Jean Meyer said. “We’re lucky to have that statue. You’re going to have different opinions on it, but you have to have a sense of humor.”

Another First Congregational member, Michael Dagostino, said he preferred the pine tree that once stood there and was a focal point of the city’s Christmas decorations.

“To me, it looks beautiful,” Dagostino said. “If God had something to say, he probably would’ve sent a bolt through it.”

I agree that, if a God existed and was opposed to the statue’s placement, He could do something to resolve it. He wouldn’t need His followers to protest a piece of art that has been displayed in several cities over many years.

This isn’t the first time this statue has been met with criticisms, and it probably won’t be the last. It was attacked when it reached Chicago, too. But this time, they want us to believe that it’s not just the people who are offended — it’s God.

If He made it through the Garden of Eden and centuries of classical artwork, I’m sure He’ll survive a temporary statue depicting a famous actress in her most well-known movie. 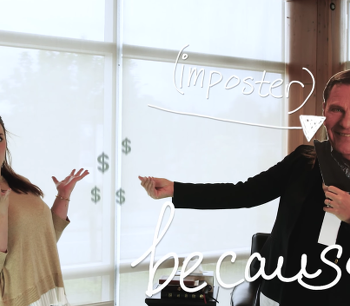 June 9, 2018
Preacher Kenneth Copeland, Who Owns a Private Jet, Would Never Ask You for Money
Next Post

June 9, 2018 Christian "Prophetess": God Will Let Me Control a Storm and Volcano! (He Didn't)
Browse Our Archives
What Are Your Thoughts?leave a comment