Woman Says This Horseshoe Crab Shell Is “a Sign From God,” But Science Disagrees

Move over, toast and dog butt, there’s a new (and even more random) place where believers say Jesus is making himself known to them.

An author in Florida (of course it’s Florida) says God spoke to her and made the image of Jesus Christ appear on a horseshoe crab shell that was given to her by a friend.

Sure, we might call it an obvious example of pareidolia, which is the process by which our brains see familiar patterns even where none exist, but that won’t stop her from using it to promote her writing.

Cathy Rader was given the shell by a friend, and she put it on her front porch without noticing anything unique about it. It was only after a lot of prayer that she noticed it was actually Jesus, according to an interview in which she discreetly plugs her new book.

“I was reading my devotional that morning on May 8. I have been playing the waiting game as I am publishing a book, (‘Living the Dream, New Smyrna Beach, Fla.’). I am very excited about it (but) it has taken longer than I thought. I have been doing a lot of prayer and learning to wait on God and His timing.

“God spoke to me that morning and said, ‘see child, if you wait on Me, I will give you perfection’ and I immediately knew He meant wait, I will give you what you need in My time, not yours. I went by (the crab shell) and something caught my eye. There was a marking on the top of it and just for a second, I thought it looked like Jesus’ face and I kind of chuckled at that and thought, that’s pretty appropriate and sent it to a couple of my friends. One said, ‘Jesus’ and one said ‘Jesus, but when you turn it around it looks like an angel.’ It is changing a little bit every day.

“I kept looking at it and some of the dark markings seemed to fade. Some of my Christian friends immediately got chills and they just thought that is Jesus. Look at this face, look at that long beard. People saw different things, but the face was one thing they all saw, and the angel was something that almost all of them saw. Everyone felt really good about it. I look at it every day and I feel so blessed by it and it was a sign from God.

It’s not surprising that an extremely religious person would think she saw Jesus, even in an unexpected place. What is surprising is how it sounds like she didn’t really believe it was Jesus until she got reinforcement from friends and family (and/or she realized this could help her sell copies of her new book). 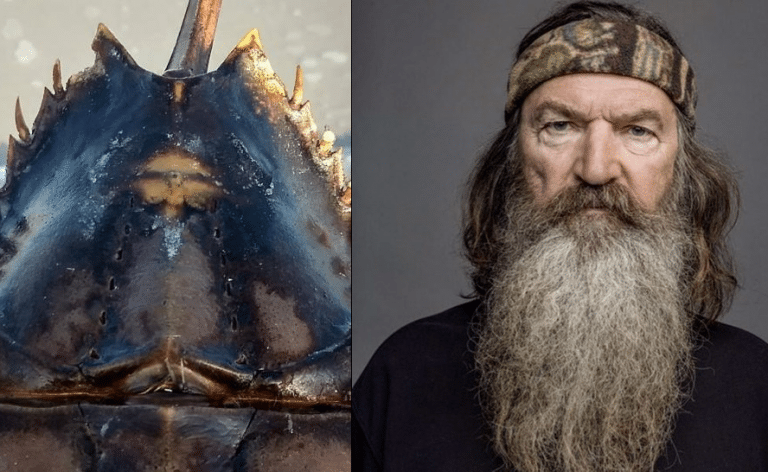 In her initial interview, Rader went on to say that when she first saw the image, she thought, “Maybe that’s a common marking.” She says she did a Google search of images and “none of them had any distinct markings at all.”

As thorough and as scientifically valid as Rader’s research was, I thought I’d try to duplicate the results. Unfortunately for her, all I had to search was “horseshoe crab shell” and got this image of two similar pieces.

To me, the one on the left resembles a samurai while the one on the right looks like a frog… or a squirrel… or just about anything. But this is how pareidolia works. It’s the moth (or angel) situation all over again.

It turns out these shells aren’t out of the ordinary at all. In that same article, the one Rader shared to her “Holy Crab” Facebook page, the phenomenon (if you want to call it that) is explained.

Well, there you have it. This woman claims the shell is a sign from God, and many people believe her, but science respectfully provides a reasonable counterpoint. Which side do you believe? 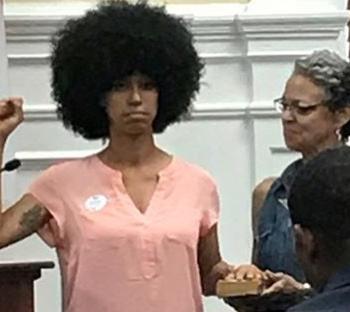