An Atheist Proposed a $4,000 “Good Without God” Scholarship; The School Said No.

When I was a senior in high school, we had an evening near the end of the year when my classmates and I were honored for our accomplishments. District officials celebrated those who graduated with certain GPAs and were named the best students in various departments. They also awarded scholarships that we had applied for earlier in the year. Those scholarships were sponsored by local companies, families, and organizations within the district. They ranged from a few hundred dollars to several thousands of dollars.

Winters High School in California, just west of Sacramento, does something similar, and atheist Robert Nickelson wanted to be a part of it.

He didn’t just want to sponsor a scholarship. He wanted to sponsor the largest scholarship. So he told the school last December that he would be offering a $2,500 “Good Without God Scholarship” to the student who wrote the best essay about being non-religious or promoting a secular worldview. For example, they could write about the “benefits of keeping religion out of public policy.” As an added bonus, he said, the winning entry would be published in the Winters Express, a local newspaper.

To his shock, no one applied. 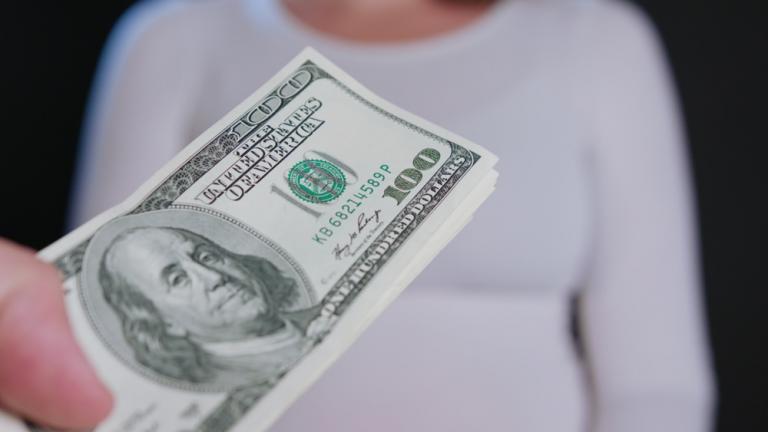 The money was just sitting there, waiting to be taken, and no students seemed to want it. It’s not like they were all conservative Christians, so Nickelson was puzzled. Was the amount too low? Maybe. So he went even bigger, promising $4,000 to the winner.

By April, he still heard nothing.

Then he found out why.

The school was refusing to publicize his scholarship. No students even knew it existed.

The Winters Express just published a piece describing what happened:

On March 22, he contacted the high school principal, Nicole Reyherme, who told him that the high school could not announce or advertise the scholarship because she was “concerned that the application has language that can be controversial and may violate the expectation of separation of church and state.”

The actual concern appeared to be that, since students could also write about why they were secular humanists, the administrators feared that they’d be seen as advocating non-theism. But that shouldn’t have been a problem. As long as the door was open to everyone offering scholarships, including religious groups, there was no legal issue. And religious groups like the Knights of Columbus were allowed to promote scholarship opportunities through the school, Nickelson said. It wasn’t just him.

Furthermore, religious students were welcome to apply for Nickelson’s money, since they could make an argument for why religion and government shouldn’t be mixed, a view that plenty of them hold.

So Nickelson, who used to sit on the Winters School Board, went directly to Superintendent Todd Cutler to make his case. He heard a different excuse this time around.

According to Nickelson, Cutler was uncomfortable with the piece of the scholarship involving publication in the Express and after some discussion, invited Cutler to make changes to the application. However, after reviewing the suggested changes, Nickelson and his family didn’t approve of them.

Nickelson told me that having the winning essay published in the paper was non-negotiable. One of his main goals in offering the scholarship was to “make people more aware that there are non-Christians in the community,” and publishing the winning entry was central to that goal. He also joked that, “He who has the gold makes the rules.” If he was the one giving away $4,000, the district had no business telling him to eliminate part of the prize.

He threatened to take this matter up with the board of trustees, and eventually, Cutler relented. The school would finally advertise the scholarship. After months of receiving no essays at all, Nickelson received several.

One of them, from a student named Sarah Hagy, stood out. She wrote about the struggles of becoming non-religious in a religious family, and this was the opening line:

The day I told my father I didn’t want to go to church anymore, I may as well have turned into Satan himself.

Sarah also spoke about the stigma against mental health care she found in many churches:

Having a God that can take away depression and lack of motivation at the snap of his fingers sounds awesome, but there’s also Prozac and Zoloft that can do the job.

“It was an outstanding essay,” Nickelson told me. His family was proud to declare her the winner, and he added that her story was “worth every dime to me.”

A couple of weeks ago, Nickelson got on stage during the scholarship ceremony and announced Sarah as the winner. In his speech, he also made sure to explicitly thank Principal Reyherme and Superintendent Cutler for supporting the scholarship. (I’m sure they were thrilled.)

In another twist, though, the Winters Express hasn’t published the essay yet. (Nickelson was told it was just a matter of space and there was an “85% chance” it’ll appear in this week’s issue.) They made a promise to publish the winning essay several months ago, and Nickelson expects them to honor their commitment. If they don’t, however, he’s considering buying an ad with the winning essay.

Despite the pushback he received from administrators, Nickelson said he’s received no backlash from the public. It’s been positive support all around.

He emphasizes that the Good Without God Scholarship promotes the concept of non-discrimination, and that his ultimate motivation was that his family “had the funds to help somebody out.” As for those who recoil at the idea of promoting secular non-Christian values or ideals, Nickelson says, “If you think it’s in bad taste — there are a lot of things that are in bad taste.” Which seems to be another way of saying, “Just deal with it.”

All in all, says Nickelson, “It really shouldn’t have been a big deal at all.”

He plans to continue offering the scholarship in the future, though he’s not sure what the amount will be. And if anyone gives him trouble, he’s not worried. His daughter Keeley is a lawyer. She graduated from Winters High School. 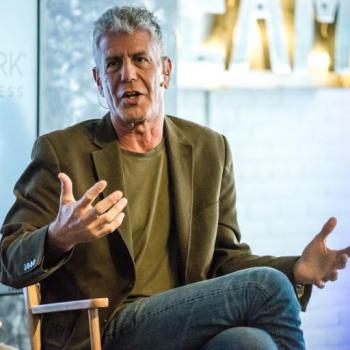 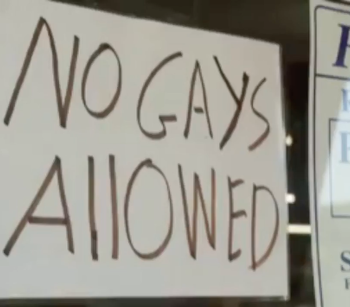 June 8, 2018 Tennessee Hardware Store Owner Puts Up “No Gays Allowed” Sign... Again
""Our bike?"To paraphrase James T. Kirk, "Why does God need a motorbike?""
John Christian “Prophet”: Jesus Rode on My ..."
"see, folks like him is exactly why saying christian = terrorist isn't wrong to say.these ..."
mfm420 Pastor Tony Spell: “We Refuse to ..."
"It's difficult when you don't think you exist."
muttpupdad Pastor Tony Spell: “We Refuse to ..."
"I understand an appreciate your up vote. Have a great day!"
Mark Landes Christian Author: God Sent COVID to ..."
Browse Our Archives
What Are Your Thoughts?leave a comment