He Wrote Trivia for a Bible-Based Game Show (But Lots of Topics Were Off-Limits) June 7, 2018 Hemant Mehta

For a few seasons several years ago, comedian Jeff Foxworthy hosted a game show called The American Bible Challenge. It was a trivia competition with the winners earning money for charity. (You can still catch old episodes on Netflix.)

David Ellis Dickerson was one of the writers on the show. It was his job to put together questions that were challenging for the competitors yet not too obscure for viewers. Easier said than done.

The process was actually very complicated because producers said he couldn’t bring up anything that wasn’t family-friendly (goodbye, concubines and genocide). He also couldn’t reference obscure parts of the Bible (goodbye, various letters and minor prophets). And everything had to be fact-checked (?!?!?!).

How was that even possible? He talked about it at the TEDNYC Idea Search 2018.

I love this image of which parts of the Bible he was reasonably allowed to work with: 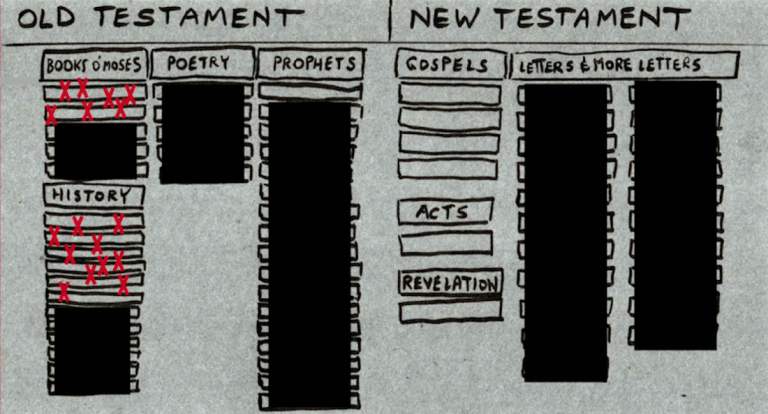 Tells you a lot, doesn’t it? As he jokes, if nothing was off-limits, producers were worried that viewers might learn what’s actually in their holy book.

It’s a great story, and the way he ends it is perfect:

… the experience has taught me that the evangelical Christian approach to the Bible is very similar to America’s approach in general to reality TV.

Which is to say: You have to accept its stories with a kind of willing, almost loving, suspension of disbelief. Because if you actually saw the whole thing raw and uncut, you would never trust it blindly again.

Watch the video. It’ll put a smile on your face. 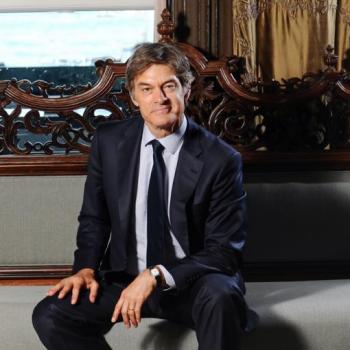 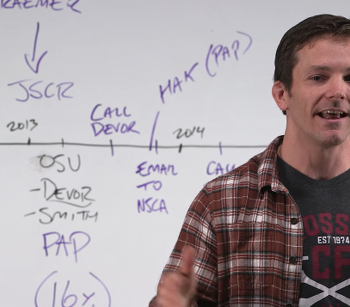 June 7, 2018 CrossFit Fired Its Spokesman—a Christian Pastor—For Saying LGBT Pride is a "Sin"
Browse Our Archives
What Are Your Thoughts?leave a comment