Evangelist: God Says Christians Are “Supposed to be Ruling in This World” June 7, 2018 Hemant Mehta

Evangelist: God Says Christians Are “Supposed to be Ruling in This World”

It’s not enough for some conservative Christians to have all the political power that they do. Some of them won’t rest until they have all of it, religious minorities be damned.

Conservatives Andrew Wommack and Lance Wallnau were recently joined on a webcast by Christian pseudo-historian David Barton to talk about the upcoming midterm elections. Barton made the argument that God wants Christians like them to control everything. Wommack agreed, saying very bluntly, “we are supposed to be ruling in this world.”

“His stuff is entertainment, it is art, it is business, it is government,” Barton said. “God is the one who created government — not man, that is not man’s invention — it came from God and God says, ‘I need you to take care of my stuff.’”

Wommack agreed, asserting that Christians are to “have dominion” over everything on earth because “we are unique in that we are not only in relationship with God in dealing with eternal things, but we are supposed to be ruling in this world.”

When Muslims say things like that, conservatives sound the alarms over Sharia Law taking over our nation. When Barton and Wommack say it, it elicits little more than a shrug. Sure they have plenty of power, but they won’t rest until the entire country is run under their very specific interpretation of a very vague holy book.

Barton, by the way, has long been an advocate for Seven Mountains dominionism, which calls for Christians to control seven arenas in our culture, including business, politics, and schools. 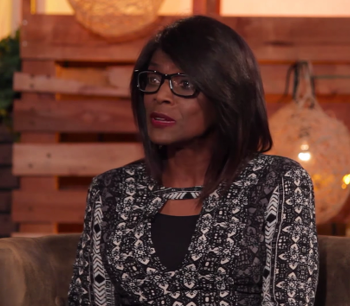 June 7, 2018 Self-Described Ex-Lesbian Says Christian Women Should Avoid #MeToo and Feminism
Browse Our Archives
What Are Your Thoughts?leave a comment