By now you’re aware that preacher Jesse Duplantis is asking donors to fork over $54 million so he can buy a brand new private jet that doesn’t require mid-flight refueling (because, dammit, Jesus would’ve flown direct).

Actually, Duplantis wants you to know he’s not asking for money. He’s just believing for it. There’s a difference… or so we’re told.

The right response to all of this is to mock Duplantis, call him out on his greed, talk about how his followers are being duped by a man who doesn’t need their money (but sure as hell wants it), and remind people that they shouldn’t let religion override their common sense.

Try telling that to self-described “prophetic messenger” John Burton, who defends Duplantis in an article for Charisma. Here’s a glimpse at how he does it:

The truth is that this is none of your business. Stay silent. Nothing immoral has occurred. No crimes have been committed.

The kingdom isn’t governed by socialism. Financial equality doesn’t exist… Those who handle their finances rightly will always have more money than those who don’t… I personally want to support and stay close to those who continually grow their financial portfolios.

We would all use $54 million differently… Don’t pridefully presume your plans for the money are better than another’s. For Jesse, a jet is how he can most effectively minister.

If God spoke to Jesse about this airplane, we had better get out of the way and keep our mouths shut, unless blessing and honor is all that would be spoken.

Wow… Whenever Donald Trump gets rid of Rudy Giuliani, I know where he can find another lackey who’ll say anything to defend the indefensible.

Duplantis could say and do anything, by Burton’s logic, and as long as the word “God” appears in the mix, Burton would believe it. That’s how gullible he is. He won’t ask questions and he won’t think critically.

He assumes that if Duplantis is asking for $54 million, it must be a sensible request, it must be cost-effective, it must advance the Kingdom of God, and God must have a good reason for telling Duplantis about it.

Or — and just hear me out here — maybe Duplantis is just a greedy bastard and people like Burton make for the perfect marks. 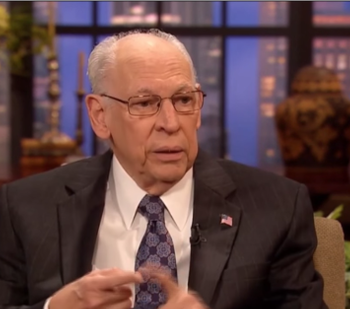 June 7, 2018
Rafael Cruz: The Obergefell Ruling Allows Marriage Between "Two Men and a Horse"
Next Post 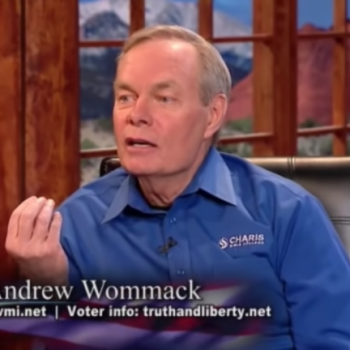 June 7, 2018 Evangelist: God Says Christians Are "Supposed to be Ruling in This World"
Browse Our Archives
What Are Your Thoughts?leave a comment