Last month, a sex educator named Deanne Carson appeared on Australian TV and said parents of newborns could develop a “culture of consent” at home by talking about the subject, loosely, when changing their diapers.

The parents could say something like, “I’m going to change your nappy now, is that OK?” Sure, Carson admitted, the baby wasn’t going to respond, but the point was the principle. It was a way to teach babies that they controlled their bodies, and no one had a right to touch them without permission.

That’s an important lesson in an age when child sexual abuse occurs more often than we might want to admit. How do you teach a child that a stranger shouldn’t touch them inappropriately and that even relatives have no right to hug or kiss them against their will? Teach permission.

Roll your eyes all you want, but the idea makes sense to me, even if I’m not about to spend an extra few seconds on it when changing my baby’s diaper.

As you might expect, though, the internet went crazy, with even mainstream publications mocking what she said. Conservative outlets, as you’d expect, blew her comments completely out of proportion, saying Carson was telling parents they needed to get consent before changing a newborn. (She didn’t. They don’t.)

Now listen to what Brother Adam Fannin says about it. He’s a pastor at Stedfast Jacksonville Church in Florida, an Independent Fundamental Baptist church that resembles every other small hate-filled group of people.

Fannin thinks children have too much power and Carson’s comment just feeds into that. He explains in a clip titled, “Feminist Hates Babies.” After showing her clip (or talking about it in that service), he goes off on what she said.

… You want to talk about a messed up society? Just a totally messed up world that we live in, when it’s like the parents are paralyzed by fear to do anything without getting clearance from the children.

Listen, the Bible warns us about when children are our rulers. That’s judgment of God. That’s showing that something’s inherently wrong with justice and judgment, and in America today, we need to protect our own children. We need to protect the children in our church, and the way to do that is, first and foremost, to teach them ourself. To not allow the world to be their instructor. To not allow the television to be the prophet that indoctrinates them and tells them what is morally acceptable, what is spiritually acceptable, because you can tell a child raised by a TV. There are many ways to heaven. Is heaven even real? I don’t know if I believe in that or not.

It is not happening. And listen, don’t throw in the towel. Don’t let them win. Control your own. Let me be in charge of your own destiny. Your own children’s future. And listen, it’s a day by day decision.

That got weird really fast…

Somehow, he went from a perfectly decent idea about consent to a crazy Bible-based rant about how parents must control their children, how children can’t rule over the parents (as if they’re banding together to overthrow the adults), and how asking a simple rhetorical question while changing a baby’s diaper is like a gateway drug to atheism.

To put it another way, a woman said kids should be taught from birth that touching them against their will isn’t okay, and a Christian pastor responded with, “DON’T LISTEN TO THAT CRAZY FEMINIST! YOU CAN TOUCH THE BABY WHENEVER YOU WANT BECAUSE GOD SAID SO!”

Jesus. Talk about freaking out over nothing… 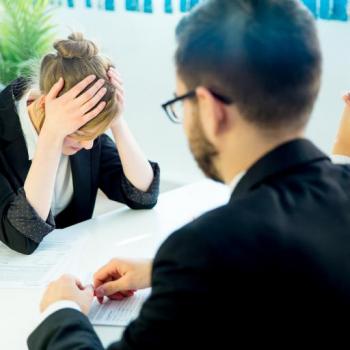 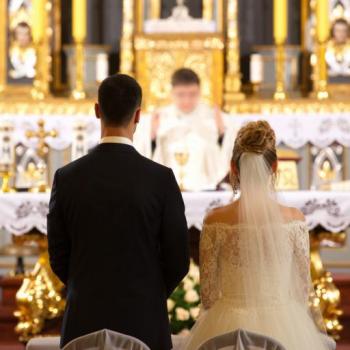