Pastor: To Stop Gun Violence, We Need to “Allow Teaching of Scripture” in School

End Times pastor Perry Stone told televangelist Jim Bakker recently that the solution to gun violence and the opioid epidemic is to forget church/state separation and force students to study the Bible in public school.

He added that he knows his solution would work because he knows a Christian girl who didn’t die in the school shooting in Santa Fe, Texas.

“There’s got to be something breaking into the public schools,” he said, claiming that God spared the life of a congregant of a church run by a friend of his during the recent school shooting in Texas because “she’s a really good Christian girl.”

… and the kids who died were what? Bad Christians? Atheists? None of them were devout? He knows that?

I guess no one told Stone that people die inside of churches, too. The problem has nothing to do with how faithful you are.

Not only is Stone suggesting the public schools in West Virginia are illegally allowing preachers to sermonize during the school day, he’s saying the law doesn’t matter when we have problems. Problems are never going away. Drug abuse and gun violence are no doubt serious issues, but even if we solved them, there would be other problems to focus on.

Stone, like so many conservative Christians, thinks turning science classrooms into mini-churches will somehow cure problems that were never rooted in a lack of Christianity.

Getting rid of church/state separation is very convenient for those who want to tell you which religion you should be following. If a Muslim leader said we should teach the Qur’an in school to solve the same problems, Stone would have a very different reaction.

Why is it always the country-first, “We Love the Constitution” crowd that’s so eager to toss aside the First Amendment? 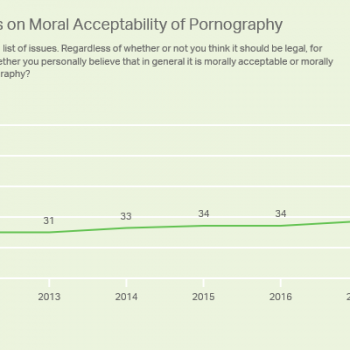