The Seventh Circuit Court of Appeals is the latest to say “In God We Trust” on our money isn’t an illegal promotion of religion.

The decision comes just days after a different appeals court rejected a similar argument made by a group of atheists. 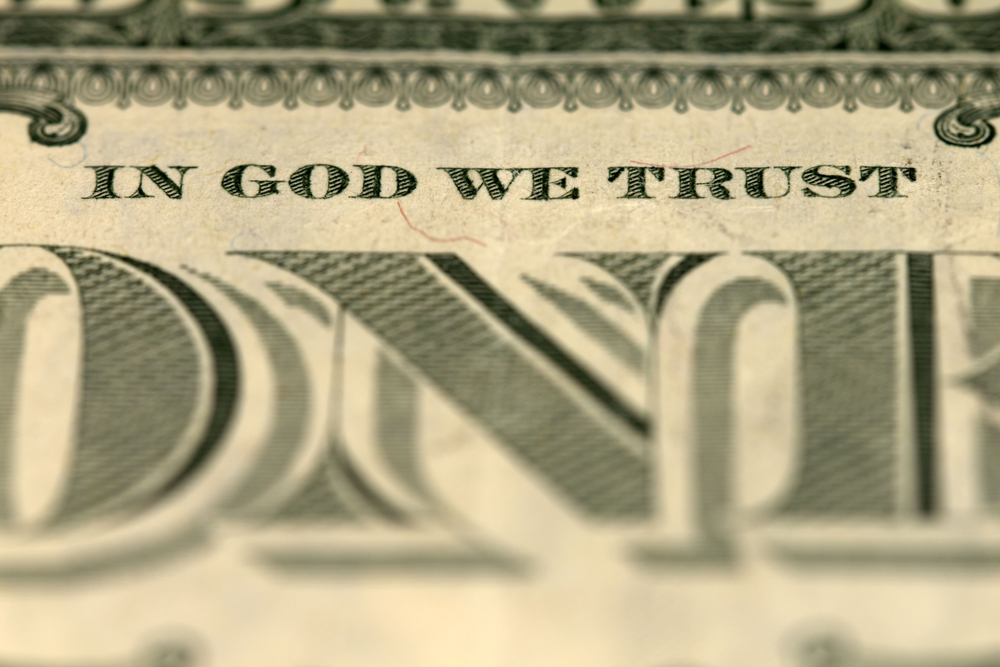 If Plaintiff were to have children, he would face additional societal pressure, at the government’s direction, to submit his will and his children’s will to this single supernatural deity, in total contradiction to his own beliefs.

The statement “In God We Trust” is a pervasive attack on Plaintiff’s right to follow and trust in his own will, rather than “God’s” will. In fact, in a final injury to Plaintiff, in order to file a lawsuit protecting his First Amendment freedoms, Plaintiff was forced to earn money that carries a message in opposition to the deeply held beliefs he is seeking to protect.

Unfortunately for Mayle, his attempt to remove the phrase from U.S. currency didn’t get anywhere. Last September, U.S. District Judge Amy St. Eve threw out his complaint, saying that each of his claims failed to meet proper standards.

In some situations, she even cited Michael Newdow‘s various challenges to the same religious phrase on the currency, all of which have been thrown out up to this point.

… In fact, it is well-settled that the nation’s motto “In God We Trust” on currency does not violate the Free Exercise Clause or RFRA.

Pro se Plaintiff’s Equal Protection Clause Claim necessarily fails because the statutes allowing for the engraving and printing of currency affect all citizens equally — regardless of their religious beliefs.

In the context of compelled speech, the Supreme Court, in dicta, rejected Plaintiff’s argument approximately forty years ago.

Mayle appealed the decision, and on Friday, a panel of justices unanimously affirmed the earlier decision against him. While that isn’t surprising, it’s disappointing that they included the phrase in a list of ceremonial things that aren’t considered religious… even though they should be.

The inclusion of the motto on currency is similar to other ways in which secular symbols give a nod to the nation’s religious heritage. Examples include the phrase “one nation under God,” which has been in the Pledge of Allegiance since 1954…, as well as the National Day of Prayer, which has existed in various forms since the dawn of the country… Moreover, when the religious aspects of an activity account for “only a fraction,” the possibility that anyone could see it as an endorsement of religion is diluted… In the case of currency, the motto is one of many historical reminders; others include portraits of presidents, state symbols, monuments, notable events such as the Louisiana Purchase, and the national bird. In this context, a reasonable observer would not perceive the motto on currency as a religious endorsement.

It’s bizarre to think the National Day of Prayer, an event now run by evangelical Christians, isn’t a promotion of religion but rather just a shout-out to our “heritage.” Is Christian pseudo-historian David Barton clerking for one of these justices?

The justices also dismissed the idea that Mayle was forced to promote religion against his will by using paper money.

We grant that using currency is essentially obligatory for someone such as Mayle, who eschews electronic forms of payment… But no one walking down the street who saw Mayle would have the faintest idea what Mayle had in his pocket — currency or plastic payment cards or perhaps just a smart phone. The government has thus not coerced Mayle into advertising, supporting, or participating in religion; it has merely included on its currency the religious heritage of the country along with other traditions.

Ultimately, they said they understood the phrase had a religious link, but they didn’t buy the idea that it crossed any legal lines.

For all of these reasons, we join every court that has directly addressed these issues in holding that it is neither unconstitutional nor a violation of RFRA to print the national motto on currency… We do so not because we think that the phrase “In God We Trust” is absolutely devoid of religious significance, but instead because the religious content that it carries does not go beyond statutory or constitutional boundaries.

Mayle didn’t respond to a request for comment. He can always appealing to the full Seventh Circuit or try kicking this up to the Supreme Court, but there’s not a chance in hell either of those options will get anywhere. As far as the courts are concerned, there’s no controversy here and nothing that needs to be sorted out.

***Update***: Mayle sent along this message.

Many reasonable Americans would disagree with the affirmation by the recent panel of judges. Similar to the recent [Masterpiece Cakeshop ruling,] I believe the affirmation shows animus against those with sincerely religious views adverse to the nationalist intentions of the government yet protected under the U.S. Constitution and RFCA. As a [pro se] litigant, I’m running out of options however would like to continue this fight.

(via Religion Clause. Image via Shutterstock. Large portions of this article were published earlier.) 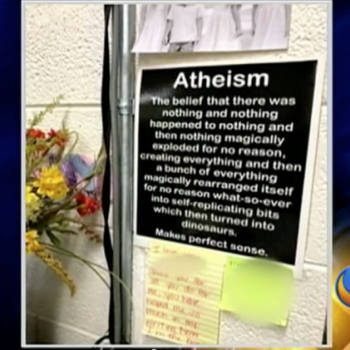 June 5, 2018 Franklin Graham's Theocratic Fantasies Aren't on the Fringes of Christianity
Browse Our Archives
What Are Your Thoughts?leave a comment